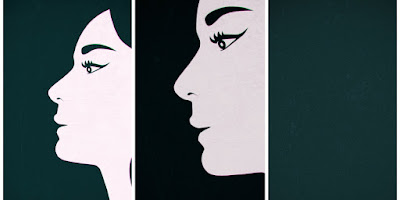 ‘Professor Strass, welcome to the vidcast!’

‘Let’s talk about your new book, The Odourless God. If I understand it correctly, your argument is that the human belief in God, and the numinous sensations we have with respect to those feelings, are rooted, evolutionarily speaking, in the diminution of our sense of smell? In what you call the odourless sublime?’

‘Exactly so. My starting point is, I feel, a thoroughly uncontentious one. It’s a matter of basic evolutionary fact: we have become, relatively speaking, alienated from our sense of smell. Our long-ago ancestors had much more acute senses of smell than we do, and they navigated their world much more by smell and touch than by vision.’

‘As many animals do today.’

‘My dog for one! Indeed it was my dog that set this whole project in motion. But, yes, that’s my starting point. From there I extrapolate into more shall-we-say hypothetical intellectual territory. Over the timescale of recent evolution sight and smell have swapped places in our human sense-hierarchy. Now we largely navigate the world with our eyes. But we have carried over a sense of smell as intimate, bodily, personal and sight as remote, distant, uncanny.’

‘Tell us about your dog!’

‘Well: I was taking my dog on a walk one autumnal day and he was sniffing every tree stump and every nettle bed, tail wagging, totally immersed in the joyous immediacy of his experience. We passed through a little copse of trees and came out the other side into the broad expanse of the rec. Here there happened to be  a great heap of copper-coloured leaves. The wind ticked the far edge of this carpet, and it stirred, as if alive, and Steps—my dog—changed: his whole manner altered, tail down, ears back, peering into the middle distance. He was spooked by this movement because he could see it but he couldn’t smell it. It freaked him out. I mean, his eyesight has never been very good, even for a dog; but that moment … suddenly I understood. It was my eureka moment.’

‘You saw, then, the thesis of what would become your book?’

‘Yes indeed. You see, Landon: we’re a huggy, close-knit, smell-and-touch collection of species, we simians. That which we can’t touch, that which we can’t smell ... the moon, the lightning flashing across the sky, the horizon .... these spook us in a profound way. Such things register with us as uncanny, immense, far. And we’ve carried that apperception through into modernity. I mean, we keep trying to drag God back from His infinite remoteness and eternal inhumaneness. We keep trying to smell Him. Jesus says next-to-nothing about sexual morality in the Gospels, except some stuff about how we shouldn’t be so quick to judge. But for a hundred generations his followers have talked endlessly, obsessively about sexual morality. Why? Because sex is intimate, touch and taste and smell, and that’s where we’re comfortable. So we keep trying to drag God into our beds with us, even if He is there to judge and tut-tut. But that’s not where the numinous impulse originated. It was something seen, very far away, beyond our reach. Something radically unsmellable. Our ears go back, our tails go down, we get that fizzy sensation in our stomachs. We feel something is there, something beyond us. God. The great unodour.’

‘You say God doesn’t smell, but if I think of God I think of—let’s say: incense? The smoke of sacrifice and so on.’

‘Yes, and fragrant oils and unctions, and all the olfactory paraphernalia of worship. But of course that’s not God. That’s us, offering God what we sense he lacks, odour. That’s us trying to supply the uncanny absence, trying to bridge the unsettling distance, between us and God. In our hind-brains, bedded down by the inertia of evolution’s longue durée, is a belief that the world is what we can touch, and taste, and smell. But there is more to the world than that, we can't deny it. There is the world that we can neither touch, taste or smell yet which we can see—and as our vision became increasingly important to us as a species, with a correlative waning of our olfactory powers—and that unsettles us in a profound way. That sense of something slightly off-kilter, existentially speaking … the sensation we associate with that, which Aldous Huxley call the numinous … that is behind our religious feelings. Actual religions are attempts, some less, some vastly more elaborate, to make sense of that twist in our reality.’

‘And you think this has something to do with our addiction—you do use the word addiction—to social media?’

‘I think this is the core reason, the hidden reason why we have all converted so rapidly and en masse as a species to social media, yes. These new technologies allow us the sorts of instantaneous connections and intersubjectivities that, not so long ago, were only possible in face-to-face encounters with other human beings. But with face-to-face encounters our exchange is underpinned by somatic evidence. If you are close enough to whisper something to somebody, then you can smell them. But social media is a constant stream of intimate, emotionally-charged communications that are, whatever else they are, perfectly odourless.’

‘The emotion they are charged with is often anger, of course.’

‘Indeed. And we tolerate that. We even seek it out, although it makes us unhappy. Think how many people on Twitter refer to it as this hellsite. They’re only partly joking, and yet they still flock to it. Strong emotion is stimulating. But—and this is the crucial thing—human-to-human anger is somatic. Fists fly and you can feel the punches, you can smell the sweat. And when we make up, after a row, we hug and kiss and smell one another. Think of “make-up sex” for example! Those somatic cues are important in the way we, as a social body, modulate our stronger emotions. And those somatic cues are missing, both with respect to the wrath of God, and on social media. These new screen-based interactions expose us to the vast wrath of the collective and yet deny us the somatic cues to make sense of, and remedy, that anger.’

‘Because they are odourless interactions, and so make us think, on a subconscious and atavistic level, that we are mediating our intersubjectivities through God?’

‘So what of Jesus? Christians believe in his case God became a man. He must have been smellable, no?’

‘I think the whole question of Christ is fascinating, really. One might say, in a common-sense way, that if Christ was a regular first-century-AD man then of course he would have carried with him the odours of a regular man. But is that how Christ figures, in art? In worship? Think of all the representations of Jesus: don’t you think that, in almost all of them, he looks remarkably scrubbed? Clean? Odour-free? Do we contemplate Jesus using the toilet? Do we ever consider—I don’t say this to be blasphemous, but simply as a function of something we all recognise as integral to human embodiment—a farting Jesus? The ancient Greeks believed that the gods' skin smelled faintly of honey, not of usual human reeks and stinks, and surely something like that is true of Jesus in our imagination of him. Don’t you think? Similarly it is important that Jesus never engaged in that intimate, odiferous human business of sexual intercourse. It is a balance, I think. When he is fully man Jesus eats and drinks with other human beings, but when he resurrects, and is, as we could say, transitioning back to being fully God, what does he say to his followers? Noli me tangere. Don’t touch me. That kind of physical intimacy is not the true currency of God.’

‘So if you’re right, what are the implications? Where, for instance, do you think social media are headed?’

‘There has always been a utopian dimension to social media. Look back on the early days of these formats, and how many people were gushing about its world-changing, utopian possibilities. It hasn’t panned-out that way, of course. But neither are these media going away. I predict they will increasingly mediate our human interactions, and that we as a species will be increasingly driven into them. To desomaticize our connections. Driven for reasons we don’t consciously comprehend, because to us these odourless screen-mediated spaces feel godly, somehow. For better and worse. A god of love and an angry, jealous god. But a god.’