Stop sniggering! This is a brief chapbook, published in the US in the very middle of the 19th-century, and aimed at the moral improvement of the child reader. Morbid? Yes, I think we can say it's a little morbid. 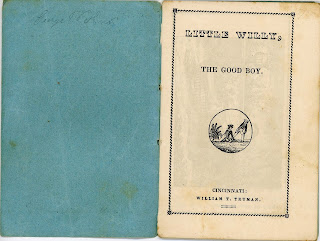 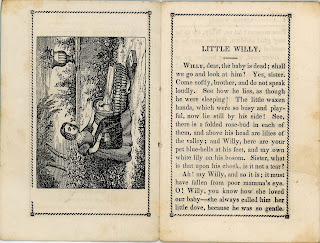 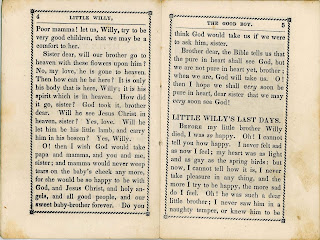 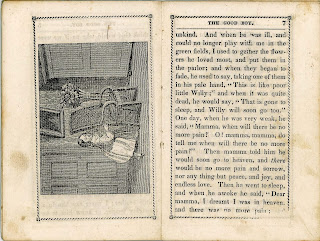 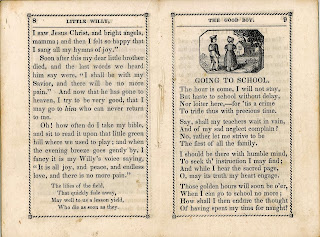 There were loads and loads of these sorts of stories, throughout the 18th and 19th centuries. Why, did you really think that all those Little Nells and Paul Dombeys sprang full-armed from the head of Sentimental Dickens? By no means: he comes rather at the end of a much longer tradition.
Posted by Adam Roberts at 11:42