A lovely image, this, from Sun, Moon and Stars (1879) by Victorian children's author and popular educator Agnes Giberne. 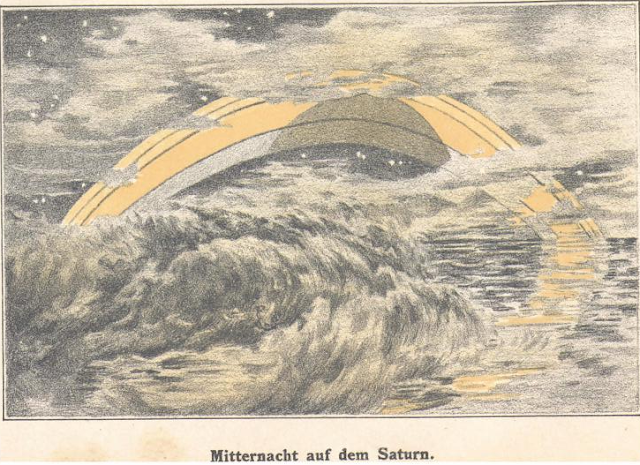 That's from the German edition of Giberne's book, because it was the largest version of the image I could find. The Wikipedia link at Giberne's name (above) has a different version, smaller but much more gorgeously coloured:

I can't say why the details are different. Might it be that the publishers of the later-issued German Sonne, Mond und Sterne availed themselves of more recent science that repudiated the idea that there might be seashores and rocks on the surface of Saturn, and so reworked the print to cover those obnoxious features under swirls of cloud? The sea is still clearly visible, though. Or could it be a brand new, and actually different image?

Actually, the more I look at the two images, the more I realise: it must be that latter.
Posted by Adam Roberts at 04:46