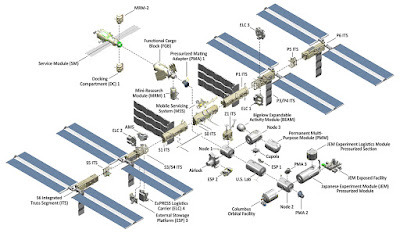 I'm interested in the place the ‘fix-up’ has in the larger history of science fiction. Of course you know what I mean by fix-up. The story goes something like this: the dominant markets for SF writers in the 1930s and 1940s were pulp magazines, so writers wrote a lot of short stories, and that meant the short became the dominant mode for the genre at this important period in the genre's development. For some people, I suppose, ‘the short story’ remains the Platonic form of SF: a focused, idea-centred narrative, some sketched-in characters, a snapshot of future-extrapolation, room for one neat twist, bish-bash-bosh. But actually SF as a genre changed, and one of the reasons for this was that the markets its writers were writing for changed. The magazine market shrank sharply through the 1950s and 1960s (for several reasons: home TV, wider and cheaper access to movies, more people buying comics and fewer buying mags), and is now pretty much dead. So in the 1950s SF writers addressed themselves to a new market, one created by SF book clubs and civic libraries: hardback books. This in turn created one of the distinctive textual forms of sf, the ‘fix-up’. Assorted Asimovs, Bradburies and Vans Vogt reworked their older stories into longer books. Wikipedia dedicates a whole entry to the phenomenon. ‘Algis Budrys in 1965,’ it seems, ‘described fix-ups as a consequence of the lack of good supply during the “bad years for quality” of the mid-1950s, although he cites The Martian Chronicles and Clifford D. Simak's City as exceptions.’ Asimov's Foundation (1951) is a bunch of disparate 1940s short-stories glued together with paragraphs of linking exposition, and many consider it one of SF's classic novels.

Since then the market has shifted again several times, away from hardbacks to cheap paperbacks, and thence to ebooks and audiobooks, not to mention jumping mode to TV, film and video games. But my suggestion, which, come the Greek kalends, I’ll write up into a proper academic paper, is this: the ‘fix-up’ has had a much larger, perhaps even a shaping, effect on the entire later development of SF than is realised. I don't just mean those occasional SF novels today that are made up of discrete elements tessellated: Simmons’s Hyperion say, or Jennifer Egan’s Visit From the Goon Squad—it's also in the way TV shows like Doctor Who or Star Trek assemble mega-texts out of lots of short-story-ish discrete elements, something (as per the MCU) increasingly mimicked by cinema. Only die-hard fans read new SF short stories today, but the form of the short story feeds directly into contemporary SF in several key ways. Speaking for myself, I find these formal possibilities really interesting: the jolting dislocation of it, the quasi-modernist experimentation; textual tessellation but in a pulp, populist idiom. That's entirely my bag.

Perhaps that last point, my personal angle, means that this is merely a personal crotchet. The thing is, I write novels like this. The Thing Itself is an example: not actually a fix-up, but a novel written deliberately to imitate the form. As it happens I've written a new novel, to be called The This (if I can persuade my publishers to wear the title, which they may not: it'll be published, most likely, late in 2020 or perhaps early in 2021 [edit July 2021: this book will be appearing Jan 2022, as will indeed be called The This]) and here I've again, consciously and with particular aesthetic ends in mind, written it as a kind of faux fix-up. Most contemporary SF writers aren't playing these kinds of games, of course; and for good reason. I'm perfectly well aware that the bulk of readers don't relish reading a text so mosaic.

I sometimes wonder if the reason folk don't really read short stories nowadays is that starting a read is seen as an effort by many people, a hump to climb over, inertia to be overcome, where continuing to read a story (once you're familiar with the set-up, have invested in the characters and want to find out what happens next) is easy and pleasurable. A 1000-page novel gives you a little of the former and lots of the latter, but a collection of short stories means constantly having to restart and climb over the initial hump, over and over. I'm cutting my own throat, really. Few people, and fewer regular sf fans and readers, are as aesthetically and psychologically interested in dislocation as I am, I know.

Still: the more I think about all this, the more intrigued I find myself. The idea starts to assume Casaubonic, key-to-all-mythologies prominence in my mind. What is Postmodernism but the cultural apotheosis of the fix-up? And what is more postmodern than science fiction? (Blade Runner, video Games, Janelle Monáe etc). What is the originary myth of science fiction, if not a scientist called Frankenstein literally fixing-up a new life-form out of disparate component parts? Could it be that the aesthetic logic of SF drives towards a kind of originary dialysis?

Here's a hypothesis. Let's say that the difference between Fantasy and SF is that the former extends beyond mimesis through novums predicated on magic, where the latter does so through novums predicated on science, or pseudo-science. In my Palgrave History I argued that this distinction was connected with the European cultural revolution of the Reformation, in which Catholicism insisted on the durability of its magical worldview where Protestantism took a step away from the whole transubstantiation/holy-relics/pilgrimages/miracles-and-saints side of things into a more austere, less enchanted form of faith. Now: this disenchantment has been experienced by many as a painful thing (my friend Alan Jacobs has taught and written fascinatingly on this topic) such that a form of literature that offers to restore enchantment, as much Fantasy does, will always find an appreciative audience. It's not that SF has turned its back on enchantment, of course: it's just that the characteristic SFnal mode of it, ‘sense of wonder’, in essence a high-tech, galactic-scale revisioning of the old Burkean or Kantian sublime, tends to be future-oriented, materialist and individualist, where High Fantasy, influenced heavily by that great Catholic writer Tolkien, tends to be past-oriented, quasi-religious and communitarian (or at least mediated). I don't want to unpack all of that here; I mention it to situate a thought I've lately had. Might it be that Fantasy, as a mode, tends formally to long, unified narratives (what even are the great Fantasy short stories? are there any?) because magic is a fundamentally unifying category? There might be competing magic systems, of course, and duelling magicians and all that: but really ‘magic’ is my thumbnail here for the animating principle of faith (magic in a sacred, profound sense) and the Judaic/Christian context considers such magic a fortiori a singular, unifying force, because it emanates from and returns to a singular, unified God.

Science, though, is different. Attempts both energetic and laborious to find a single ‘Theory of Everything’ have struggled for a century and a half and come up blank. Perhaps such a theory is just around the corner, but then again, perhaps not. Perhaps the reason science cannot seem to frame such a theory is that reality is not a unified everything in the first place. Perhaps reality itself is ‘fixed-up’ from a number of smaller and radically disparate elements. Perhaps the SF fix-up is, on a formal level, the truest mode of mimesis there could be.

Fanciful. But there you go.
Posted by Adam Roberts at 23:46