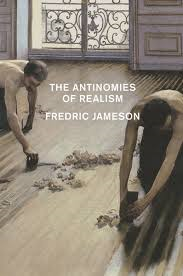 The Pérez Galdós chapter ('Pérez Galdós; or, The Waning of Protagonicity') takes me, personally, into uncharted waters. I’ve read a little over a third of the Rougon Macquart novels; and I have read War and Peace and various other Tolstoyan things (though I have not, to my shame, read Anna Karenina. I really must rectify that omission). But no Galdós. I have, on the other hand, read everything George Eliot ever wrote, right down to the essays and poems; so I should be well placed to tackle chapter 6 (‘Eliot and Mauvaise Foi’).

In the meantime I can’t gauge the accuracy of J.’s claim that Galdós’s large and (in Spain) very highly regarded body of work is characterised by ‘what I will call a deteriorization of protagonicity, a movement of the putative heroes and heroines to the background, whose foreground is increasingly occupied by minor or secondary characters whose stories (and “destinies”) might once have been digressions but now colonize and appropriate the novel for themselves.’ If you say so. I’m not in a position to disagree with J.’s insistence that the ‘Bringas wife’, the main, titular character from the novel called La de Bringas who occupies the centre of the centre of the story and through whose consciousness the events are all filtered, is ‘not a protagonist at all; she is preeminently a minor character who has unaccountably been allowed to become the center of a novel in her own right.’ [99] If you say so, mate. I read through the whole chapter, amusing myself by mentally replacing Galdós’s surname with ‘Hilton’ throughout, because I have a juvenile sense of humour. Pages 103-05 is one long quotation from Fortunata y Jacinta; pages 106-7 is another such quotation, almost as long. After I had finished I read through Wikipedia entry on Pérez Galdós. I feel I learned more about the great Spanish novelist from this latter exercise than from this chapter. I really will have to get around to reading his books.

And onto the Eliot chapter (‘George Eliot and Mauvaise Foi’), where I'm surely on surer ground. But as if trying to twit me, Jameson chunters on for a long time in this chapter before so much as mentioning Eliot: we get Paradise Lost and the Iliad; Kant and Nietzsche; Robert Musil; Spenser’s Fairie Queene; Proust; Sartre—it's 11 pages into this 25-page chapter before we get to Romola. All this range of reference is brought to bear on a simple enough point, one J. is picking up from his Tolstoy chapter: Realism doesn’t do baddies. My sense is that J. argues this because he thinks life itself doesn’t trade in heroes and villains, and that Realism is closer to life: ‘The binary opposition between good and evil is a most peculiar thing,’ he says; adding ‘[it] is also, as philosophers from Nietzsche to Sartre and Foucault have insisted, an immense swindle’ [115]. There’s also the dramatic problem that ‘the good is the center and evil is the marginalized other. It is in the very nature of this phenomenology, then, that the self cannot originally and virtually by definition feel itself to be evil’ [116]. J. takes this from Sartre, but I have my doubts about it: plenty of people have been oppressed by a sense of their innate wickedness. Religions have been constructed about this belief; on a psychological level human depression is often informed by it. But more to the point, I simply don’t agree with Jameson that Realism, and what he calls ‘its increasingly enlarging explorations of the inwardness of its characters’ [117] is a baddie free zone. As I said in the Tolstoy post, I think War and Peace does have a villain in Napoleon. Napoleon III plays a similar role in the Rougon-Macquart novels. And Eliot is a strange writer to use to embroider this thesis, since of all the writers covered she is the one who comes closest to writing the sort of ‘stage villains’ Jameson here insists are banished from the pages of the Realist novel: Grandcourt in Daniel Deronda is the most egregious example of this; and Silas Marner in his early-novel miser incarnation could have stepped out of a play by Douglas Jerrold.

But J. doesn’t deal with those. Instead he reads Romola, calling it (a novel published in 1862-3, remember; half a century after Waverley and itself following in the footsteps of many hundreds of historical novels published in Britain) an example of ‘Scott’s new genre’ [124]. A bit like calling 1950s Hollywood westerns 'examples of Méliès new mode'. But alright, let’s give him a pass on that. His argument is the dialectical one that Romola, precisely as the most melodramatic novel, with the most stage-villanous of all her characters in the snake-like Tito—is therefore proof that the Realist novel eschews melodrama and good-evil ethical binaries. That’s dialectics for you. Aspects of this reading seemed to me a stretch, and some elements are frankly squeezed complainingly into J.’s conceptual boxes—Tito, for instance, is advanced as ‘a minor character par excellence’ who happens to have become the protagonist [126]. I don’t see it. On the upside, the reading of the character as Eliot anticipating Sartre’s mauvais foi is much more convincing. The chapter closes with a rather hurried reading of Middlemarch (‘the bad totalization projected by [Casubon’s] Key to All Mythologies is perhaps the caricature and distorted mirror image of Eliot’s own achieved totalization in Middlemarch itself’ [133-34]).

Chapter 7 is called ‘Realism and the Dissolution of Genre’, and draws together some of the earlier threads. J. started by defining ‘Realism’ against melodrama, romance and modernism; ‘Now, however, we must admit that all these opppositions are somehow also internal: and that (to take the inaugural moment itself) realism is opposed to romance only because it carries it within itself and must somehow dissolve it’ [139]. I liked this idea, although the example J. then gives—Don Quixote—is hardly ‘realist’. But he goes on to suggest that Realism ‘as a formal strategty’ starts ‘to form new genres in its own right, hardening over, as it were, in a few tale-types genres … a process in which they serve as a scaffolding which must in turn be dismantled’ [144]. J. thinks this ‘a curious and dialectical process’ generated by a tension between the conflicting desires to universalise and to particularise. These genres are fourfold: Bildungsroman, the historical novel, the novel of adultery and naturalism. He parks discussion of the first of these on the grounds that Moretti’s The Way of the World has already comprehensively covered it. But his treatment of the other three is brief: historical novels register the ‘new sense of history emerging at the time of the French revolution’ [146], which is probably true, but certainly has more to do with Romanticism than Realism. The novel of adultery is about the way women are ‘not yet fully absorbed into capitalism’ [147]; and naturalism ‘opens a space for the worker and along with him the more heterogeneous population of the “lower depths”, of lumpenproletarians and outcasts generally’ [148]. There’s a clutch of various observations: Ulysses is a ‘modernist after-image of Madame Bovary itself’ [150]—really? Adam Bede is ‘a replay of [Goethe’s] Faust I [159]—say what? He overplays, I think, the heterogeneity of Eliot (Adam Bede is a melange; Mill on the Floss ‘an even greater hodgepodge of subjects and of plot lines’ [155] No it’s not!); and the chapter ends gnomically. ‘Realism’s ultimate adversary will be the realistic novel itself’ [162].

[The fifth and final part of this readthrough is here]
Posted by Adam Roberts at 11:04