That's from the title page of Nova typis transacta navigatio novi orbis Indiæ occidentalis ('the lately transacted voyage to the new world of the west indes', 1627), written very much not at first hand by a Benedictine abbot called Caspar Plautius (Kaspar Plautz) of Seitenstetten Abbey in Austria. It is, according to the authorities, 'fanciful work with fictional parts and fantastic illustrations'. Here, for example, is the book's account of Saint Brendan, crossing the Atlantic as a missionary and stopping midway to celebrate mass on what he takes to be an island. The fool! 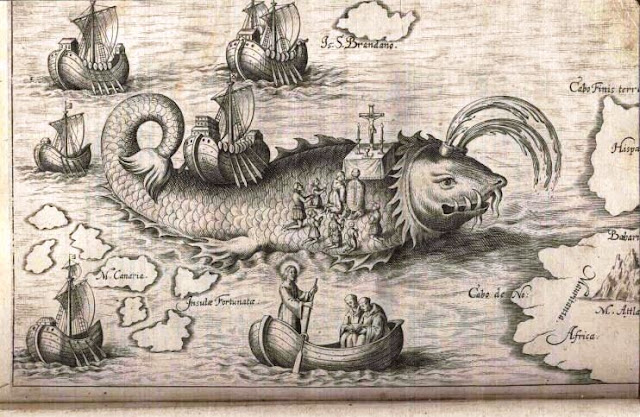