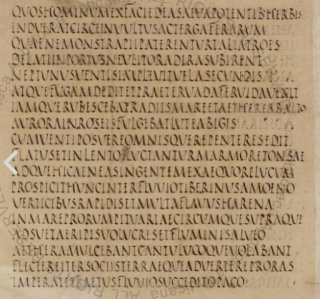 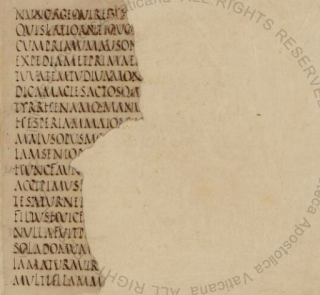 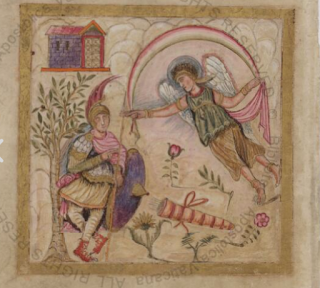 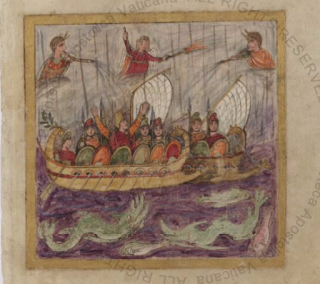 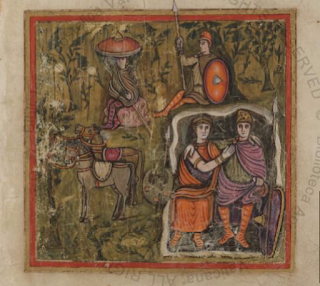 On the left, there, is Dido and her sister Anna at the feast (well: one single fish, and a couple of dwarfs serving wine: I suppose that counts as a feast) listening to Aeneas, in the centre, telling them the story of his adventures. And on the right is part of that tale, viz. the fall of Troy. You can see the wooden horse, and the deceitful Sinon. I don't believe his nudity is specified in the poem as such, but I suppose it adds a little spice
Posted by Adam Roberts at 09:42