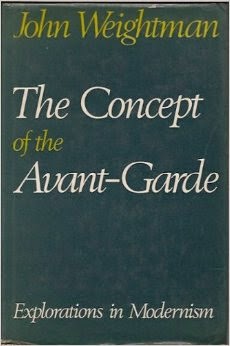 'Even though we live in the flux of history and have no fixed and clear basis for our moral and aesthetic assumptions, I still cannot feel that they are arbitrary, and if they are not arbitrary they have to be treated as mysteries, which we can go on trying to understand. Perhaps they correspond to something that might be called evolving human nature and that we might accept as a sort of open-ended working hypothesis. And if all time is equal, there is no more need to rush impetuously into the future than there is to cling stupidly to the past; in any case we can only live in the present by borrowing from the past; we are the past which is living in the present. Indeed, the evolutionary view makes partisan attachment to any one segment of time rather vulgar. In short, although the universe may appear to be meaningless, I don't see why we should try to imitate this apparent meaninglessness in art or in thought, or try to palliate it by methods which fail to satisfy all our faculties.'
Posted by Adam Roberts at 02:06 No comments:

From Elizabeth Knox's 'Thoughts Upon Watching People Shout People Down'

'I’ve been wondering whether, in most people, the instinct for agreement is stronger than the one for self-expression. When people agree they belong. And belonging doesn’t necessarily mean feeling yourself part of a larger society. Quite often it can mean defining yourself in opposition to something that you perceive to be the large society – ‘mainstream’ this or that. How do we agree? Not by discussion so much as quickly letting other people know what we think, or by a kind of rushed calibration where we can discover what it is we should think, what our position should be. Agreements are established through the tone taken and the language used. Particular words and phrases. Saying things in a correct and unexceptional way. Each agreement has its own personality, its way of talking – its creep or swagger.'

'What we have now with the Internet is, I think, a much more heightened tendency to agreement, disguised as self-expression. Pure self-expression doesn’t look like agreement. Not that it’s oppositional, it just has a different voice. Someone you can hear maybe from further off, at the other side of the room, a little out of the light, further from the fire and lamps, closer to the light of the window – like Jane Eyre hiding behind the curtains and reading a book about British birds. Maybe that someone one has their back to you, perhaps they’re walking away. But is walking away necessarily dissent or opposition? Maybe they’re just going for a walk, and doing a bit of thinking.'

One thing that comes back to me as I write is a sound, the stumbling buzz of an invisible bumblebee in the lavender bush by our front door, just before dawn, summer, the 12th of January 2001. My mother, my sister Sara, and I were returning from the hospital after Dad had died. The silence of the street, the silence of the house, Jack asleep, Fergus up waiting, and then a first sign of life after death, the stumbling buzz of an invisible early bumblebee in the lavender bush. When I think about that I am like one of those saints in the old paintings where the saint is his study, and on his desk is a human skull, a memento mori, a reminder of death. We should be reminded of death. But usually we’re only being reminded of danger. Somebody has it in for us, somebody is going to kill us, there are those out there who hate us or what we hold dear. We get that all the time. We get what we can do to disguise the appearance that our lives are short. But what we need is the quiet study and the skull on the desk. We need to know that we will die, and that we owe something to our lives, and it must be something vital. Those lovely villains in old movies, the articulate Machiavellian ones, might say to the queasy heroine that ‘Hate is vital and warming’ – but the spectacle of people agreeing to hate isn’t of life, it’s the already bony thing, it’s the same words being used, having to be used, like a catechism; the same phrases, as if that’s self-expression. Go back into the quiet room, the room empty of everyone but yourself. Go for a walk. Stand still and stare at something inhuman and alive, or inanimate and kinetic, like a river. Be with yourself and think, ‘Who am I apart from all this? What is the world to me? What is my life to me?’ Put out your hand and touch the top of the skull and think about life, what a short time there is in which to be yourself – your good self – and do good.
Posted by Adam Roberts at 10:59 No comments:

Why should one write poems when one is old?

A rather lovely late sonnet by C H Sisson, from (to quote the Anecdotal Evidence blog, where I came across it) 'Nine Sonnets, a pamphlet not much thicker than a bookmark, printed by The Greville Press of Emscote Lawn, Warwick, in 1991'.

Why should one write poems when one is old?
Not, to be sure, in hope of reputation
Which has either come, or else will escape one.
In hope of love perhaps? But what is told
Now, will not strengthen anybody’s hold
On me or mine on them: the time of truth has come,
And yet I lie as I have always done
And leave myself and others unappalled.
Poets are liars, yet no more than others,
Those who are not their sisters are their brothers,
All of the same lying family,
Children of Adam, fond of all evasions,
Blaming, beguiling on the least occasions
And to the last, and so it is with me.

Something of my own mood, and feelings about writing, at the moment.
Posted by Adam Roberts at 08:00 No comments:

In L'être et le néant, part 4, chapter 1. "Je suis condamné à être librairie." I am condemned to be a bookshop. Never a truer word spoken.
Posted by Adam Roberts at 05:26 No comments:

Thoughts on Atheism as 'the Freedom of Religion'


Anxiety is the dizziness of freedom, which emerges when the spirit wants to posit the synthesis and freedom looks down into possibility, laying hold of finiteness to support itself. Freedom succumbs in this dizziness. Further than this, psychology cannot and will not go. In that very moment everything is changed, and freedom, when it again rises, sees that it is guilty. Between these two moments lies the leap, which no science has explained and which no science will explain. [The Concept of Anxiety (1844)]

And there is anxiousness in atheism (how could there not be?) The paradox of anxious freedom has parellels with Kierkegaard’s Knight of Faith has to do precisely with the atheism of his faith; the faithlessness of his belief. That place where paradox shades over into mere nonsensical babble is, in a precise sense, Kierkegaard’s point.

Fear and Trembling is most famous as a meditation on the Biblical story of Abraham and Isaac. Sylvia Walsh summarises the situation:

As Johannes sees it, faith is a lifelong task that is not achieved in a matter of days or weeks nor can it be comprehended by reflection ... For an exemplar of faith Johannes looks to Abraham, traditionally regarded as the father of faith because he did not doubt when tested by God’s command to sacrifice his son Isaac, who has been given to Abraham and his wife Sarah in their old age in order to fulfil the Lord’s promise to make Abraham the father of a great nation (cf Genesis 12:1; 22:1-19). Abraham believed by virtue of the absurd that God would fulfil his promise in spite of the divine command to sacrifice Isaac, either by rescinding the command or by providing a new Isaac if he were sacrificed, which Abraham was willing to do in obedience to God even though it stood in stark contradiction to his love for Isaac, and to the divine promise. To Johannes, therefore, the faith of Abraham is a paradox that goes against all human understanding and expectation, a paradox that can be entered into only with much anxiety, fear and trembling, and courage. [Sylvia Walsh, Kierkegaard: Thinking Christianity in an Existential Mode (Oxford University Press 2009), 147]

Since Walsh’s purpose in her study is that ‘Kierkegaard was first and foremost a Christian thinker’ (indeed, to develop the case that ‘not since Luther has there been a Protestant thinker who has so uncompromisingly sought to define and present Christianity in its utmost integrity ... in the interest of reintroducing authentic Christianity as an existential possibility for every individual in the modern age’ [vii]) it doesn’t surprise us that her reading of this famously difficult Kierkegaardian figure—the Knight of Faith—is as an icon of Christian faithfulness.

For Levinas, however, the leap of faith implicit in Fear and Trembling is a type of violence:

Kierkegaardian violence begins when existence is forced to abandon the ethical stage in order to embark on the religious stage, the domain of belief. But belief no longer sought external justification. Even internally, it combined communication and isolation, and hence violence and passion. That is the origin of the relegation of ethical phenomena to secondary status and the contempt of the ethical foundation of being which has led, through Nietzsche, to the amoralism of recent philosophies. [Emmanuel Levinas, Existence and Ethics (1963)]

The end, in popular parlance, does not justify the means; indeed, in this Levinasian criticism the very isolation and elevation of ‘ends’ at all is a kind of ethical betrayal.
Posted by Adam Roberts at 02:59 No comments: