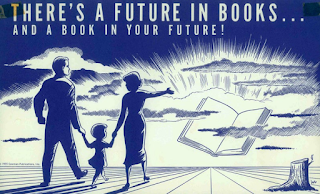 Here's a thoughtful post on Purgatory Mount by Alan Jacobs. And here, via Soundcloud, is an event I did with Andrew Biswell of the Anthony Burgess Centre in Manchester, on Dystopias. At the Scottish festival Cymera I appeared in conversation with Arkady Martine, talking about galactic empires and space operas. I'm not sure if this discussion has been posted online yet (though I blogged a little about some of the thoughts it prompted in me, here). This year's Hugo and Nebula awards have been announced. I have never won, never been shortlisted for, or even been longlisted for any fiction or non-fiction Hugo or Nebula, a state of affairs that has continued this year and that will, clearly, continue as long as I live.  What can I say? If I aspired to such honours I should, I suppose, write books that are less shit. I mean, that sounds like hard work; but there you go. In more positive news: my son Daniel became Bar Mitzvah recently: I wrote about the experience here.