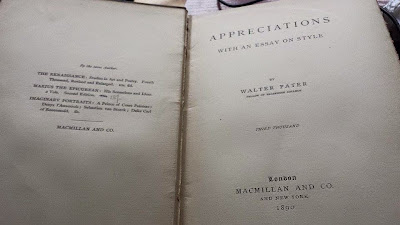 Very Coleridgean, really (unsurprising in a volume where the third essay is all about Coleridge):


Truth! there can be no merit, no craft at all, without that. And further, all beauty is in the long run only fineness of truth, or what we call expression, the finer accommodation of speech to that vision within.

—The transcript of his sense of fact rather than the fact, as being preferable, pleasanter, more beautiful to the writer himself. In literature, as in every other product of human skill, in the moulding of a bell or a platter for instance, wherever this sense asserts itself, wherever the producer so modifies his work as, over and above its primary use or intention, to make it pleasing (to himself, of course, in the first instance) there, "fine" as opposed to merely serviceable art, exists. Literary art, that is, like all art which is in any way imitative or reproductive of fact—form, or colour, or incident—is the representation of such fact as connected with soul, of a specific personality, in its preferences, its volition and power.

Such is the matter of imaginative or artistic literature—this transcript, not of mere fact, but of fact in its infinite variety, as modified by human preference in all its infinitely varied forms. It will be good literary art not because it is brilliant or sober, or rich, or impulsive, or severe, but just in proportion as its representation of that sense, that soul-fact, is true.

Don't Sit On The Fence. Tell Us How You Really Feel. I had a copy of Masquerade as a youngster, and went through a period of being fairly obsessed with it. I would say I grew out of my deeper love of Williams's style of painting, pretty much, in my 20s. Now I'd say too many of them strike me as too fussily photorealistic, too clean, too inert. It's not a style that has aged very well, I think: that whole 'Marillion album-cover' school of British art. That said, there are a few of his that strike me as both beautiful and powerful. This, for instance: a detail from Macaroon (2013), showing a fold-out element of the frame 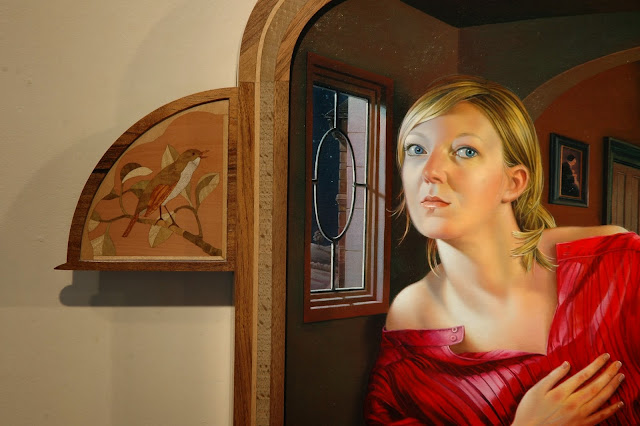 That detail, as a complete composition, is (I think) even more lovely than the whole image; though that's pretty fine too. 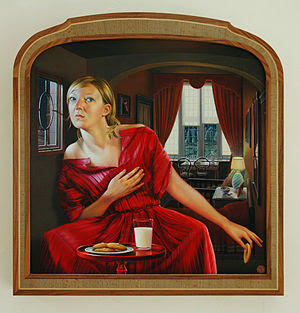 Posted by Adam Roberts at 11:33 No comments: 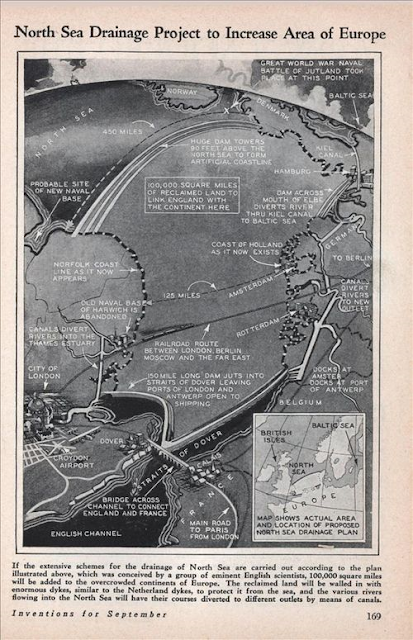 From here. I especially like the way Croydon Airport appears to have been expanded to fill the entirety of Surrey.
Posted by Adam Roberts at 01:38 No comments: 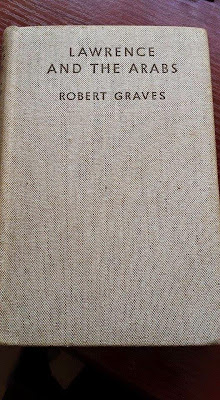 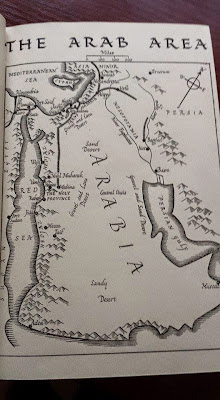 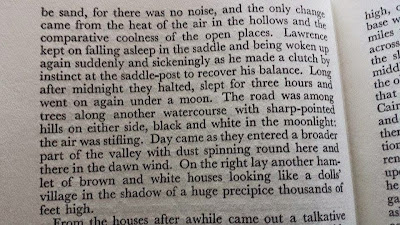 I love the specificity of 'a' moon, there. 'The Arab Area', though, sounds like a nightclub or something.
Posted by Adam Roberts at 07:52 No comments:

"Though the other infinitely exceeds my power, it arises not through the exercise of force, but by the overflowing of every idea I can have of him."

Margrit Shildrick's summary of Emmanuel Levinas’s Totality and Infinity in her Embodying the Monster: Encounters with the Vulnerable Self (2002), 91.
Posted by Adam Roberts at 13:29 No comments:

Still painfully famous, Masefield's 'Sea Fever' ('I must go down to the seas again, to the lonely sea and the sky,/And all I ask is a tall ship and a star to steer her by...' and so on). But why read the original when you can read Arthur Guiterman's franky superior parody?

When Mrs. John Masefield and her husband, the author of "Sea Fever," arrived on a liner, she said to a reporter "It was too uppy-downy, and Mr. Masefield was ill." - (News item)

I must go down to the seas again, where the billows romp and reel,
So all I ask is a large ship which rides on an even keel,
And a mild breeze and a broad deck with a slight list to leeward,
And a clean chair in a snug nook and nice, kind steward.

I must go down to the seas again, the sport of wind and tide,
As the gray wave and the green wave play leapfrog over the side;
And all I want is a glassy calm with a bone-dry scupper,
A good book and a warm rug and a light, plain supper.

I must go down to the seas again, though there I'm a total loss,
And I can't say which is worst: the pitch, the plunge, the roll, the toss;
But all I ask is a safe retreat in a bar well tended,
And a soft berth and a smooth course till the long trip's ended.

Posted by Adam Roberts at 11:46 No comments:

I’ve always had a problem with the word ‘submarine’. It’s so called because the device goes beneath (Latin: sub) the sea (Latin: mare); but wouldn’t that be more appropriate for a vessel that burrows through the actual sea bed? A submarine actually only goes beneath the surface of the sea, not beneath the sea as such. The Latin for ‘waves’ is ‘undae’, so I think we should rename all submarines subundae at once. Please write to your local elected representative. Add your voice to the petition for change.
Posted by Adam Roberts at 01:56 No comments:

Thomas Mawe and John Abercrombie, Every Man His Own Gardener, Being a Gardener's Kalendar (1791) Whole text, here. (The search term visible if you click that link can be explained: I was checking that a late 18th-century narrator might make casual reference to cauliflower).
Posted by Adam Roberts at 02:56 No comments:

"... while outside the storm, that is, the infinite, rages in vain." 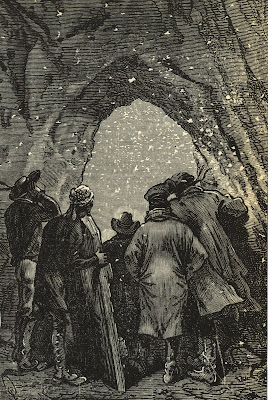 "Verne has built a kind of self-sufficient cosmogony, which has its own categories, its own time, space, fulfilment and even existential principle. This principle, it seems to me, is the ceaseless action of secluding oneself. Imagination about travel corresponds in Verne to an exploration of closure, and the compatibility between Verne and childhood does not stem from a banal mystique of adventure, but on the contrary from a common delight in the finite, which one also finds in children’s passion for huts and tents: to enclose oneself and to settle, such is the existential dream of childhood and of Verne. The archetype of this dream is this almost perfect novel: L’Ile mystérieuse, in which the manchild re-invents the world, fills it, closes it, shuts himself up in it, and crowns this encyclopaedic effort with the bourgeois posture of appropriation: slippers, pipe and fireside, while outside the storm, that is, the infinite, rages in vain." Roland Barthes, Mythologies (1957).
Posted by Adam Roberts at 02:35 No comments: