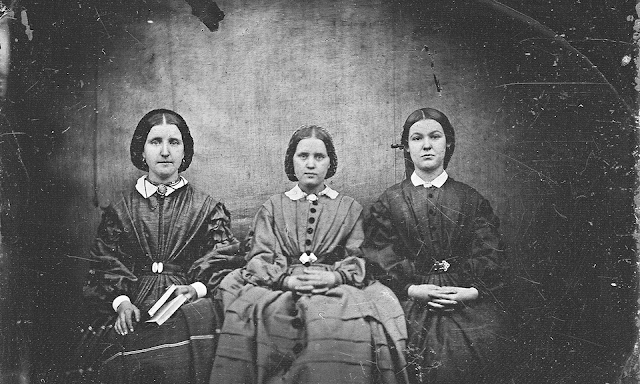 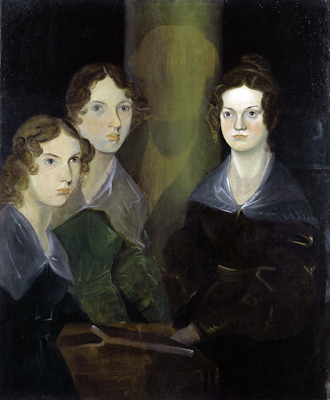 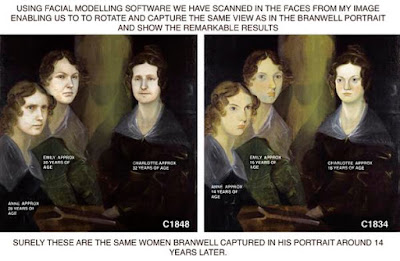 Still, though not echt Brontë, it's a lovely image. Full of marvellously humanising touches. You can just make out one spar of the frame used to hold the right girl's head still long enough for the lengthy exposures required by 1850s photography. Maybe she was the family fidget and so got her head clamped; although her sister's face, ever so slightly blurred, maybe could have done with being restrained. The book in the mother's hand probably is a Bible or a Book of Common Prayer.
Posted by Adam Roberts at 12:23 2 comments:

Strange Adventures on Other Worlds 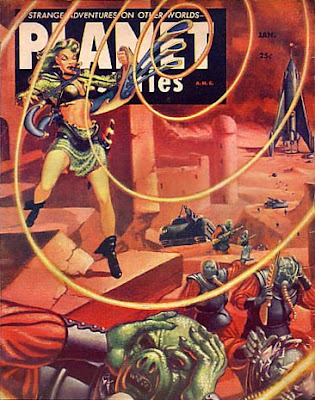 Cover art for Planet Stories, January 1954. I like to think it's an illustration to the classic story 'Her Futuristic Golf-Clubs of Terror'.
Posted by Adam Roberts at 10:45 3 comments: 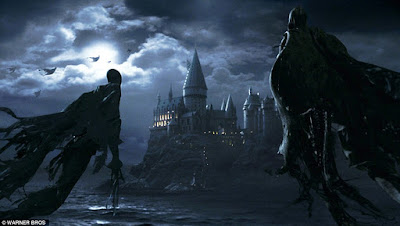 If it weren't for the restrictions of copyright, I'd quite like to write a Grendel-style novel that retold the events of Harry Potter from the point of view of the Dementors. I mean, don't you wonder what the world looks like to them? How does it feel for them to consume the happiness of other beings? Do they experience the emotions they devour as happiness and joy? Might it be that this predation provides their only chance for happiness?

Imagine yourself a member of an intelligent, sentient species doomed to pass your life in sorrow and despair except when you are able to feast upon the happiness of others. What others? Why, these scurrying, diminutive creatures, who seem to spend all their energy and time fighting amongst themselves, trying to outwit and hurt one another, and who despite their gift of joy are so frequently sad and self-obsessed. They have the happiness which you yourself have been denied. Do they deserve it? What is it about their behaviour, their manifest selfishnesses and carelessnesses and violences that leads you to think they do?

No: they are better off without their happiness, for then they at least lose their frantic restlessness and become calm. And why should you live your life in misery when so much happiness is scattered around, unnoticed and unappreciated, waiting for you to harvest it?
Posted by Adam Roberts at 03:10 No comments: 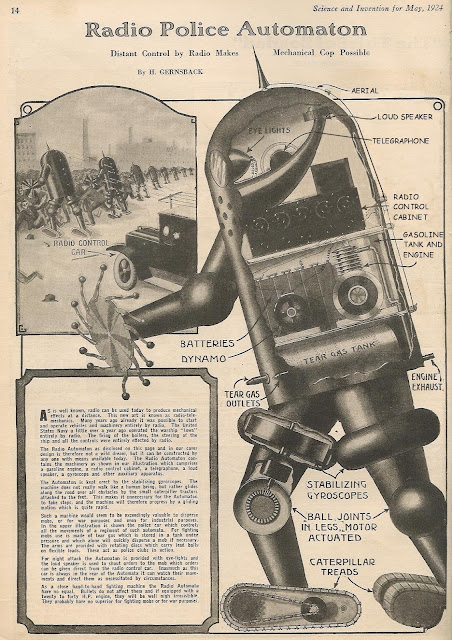 What could possibly go wrong?

The tiny penile 'tear gas outlet' is an especially nice touch.
Posted by Adam Roberts at 10:28 No comments: 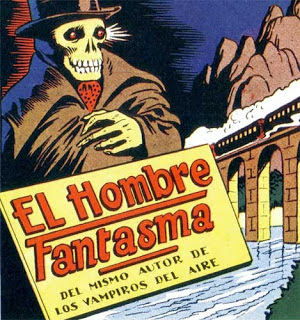 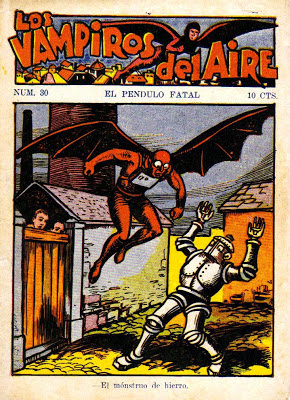 These 'Aerial Vampires' are a crime-fighting crew who use technology to be able to swoop down on criminals from above. They predate Batman by seven years.
Posted by Adam Roberts at 23:39 No comments: