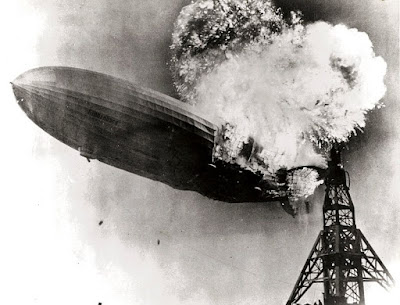 "Joseph Goebbels directed the use of Zeppelin airships – filled with hydrogen because helium was banned by the US – for propaganda purposes and requested that the Hindenburg’s name be changed to Adolf Hitler. But for the rejection of this request by the Zeppelin company manager Hugo Eckener, it would have been the Adolf Hitler that burst into flames over New Jersey on 6 May 1937." David Bradford
Posted by Adam Roberts at 01:41