The Tintinnabulation at the End of the World: a Christmas Story 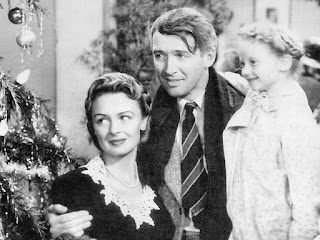 Individual nations took various steps to maximise their campanoproductivity through the 1950s, but it was only after the 1961 UN resolution—backed by both the USA and the Soviet Union, and with the tacit approval of China—that global tintinnabulation properly began to ramp-up. By midsummer 1965 the recently-formed Global Bellsound Survey calculated that close to a million distinct and individual bell-ring sounds were being generated every ten seconds by human beings all across the planet. The development of computers led to increasing efficiencies in tintinnabulation. By the end of the century it was possible for a single, modestly-priced computer to sound a hundred distinct bell-sound noises every second (resulting in over a billion such sounds a year). Hundreds of millions of such machines were devoted to this business by 2000 alone. Some pundits predicted the craze would die out, but manifest alterations in the fabric of reality—a huge increase in angelic visitations and apparitions, especially in dreams, but also measurable distortions in the Earth’s magnetic field, gravitational anomalies, mysterious messages appearing in the least likely places and so on—convinced most people that this was labour with which it was worth persevering. Economists argued that the true driver was the percentage of angel-oriented prayers (perhaps as high as 65%) that now resulted in positive returns. Priests, Imams and Rabbis spoke of a newly productive mode of religious engagement. Music fans applauded the supersession of guitars and drums by bells. By 2010 more than 40% of global GDP was devoted to tintinnabulating. Every city resounded, day and night, with a cacophony of bells chiming, deep or shrill, long or brief, day and night. Most people made-do with noise cancellation headphones or (in poorer parts of the world) with wadding stuffed into the earholes, although some elected for radical surgery to sever the aural nerves. As 2015 began, the global production of new angels was assessed at 10^85 annually, more than the number of atoms in the observable universe. By 2017 this number was calculated to be 10^190, a figure significantly greater than the number of Planck volumes composing the volume of the observable universe. No bricks-and-mortar Tower of Babel ever had, or ever could have, approached so nearly the ineffable throne of infinity as this new project by a humanity unified by internet media. Quantum computing raised productivity exponentially. God was being swamped with new angels, overwhelmed by an exponentially increasing spiritual volume. Some theologians argued that the nature of the Divine was such as to be able to accommodate a literally infinite addition of angelic pressure. Others observed that the War in Heaven—so memorably narrated in Paradise Lost—had involved some paltry thousands of rebel angels, and that had shaken the pillars of paradise. Who could say what effect the creation of so many googols of new angelic natures, each one an infinitude-in-one theologically-speaking, would have upon the Godhead? By the end of 2020 the line of the graph approached closer and closer to vertical. This was when, in a one-third-full car-park in Leicester, UK, God made His final manifestation in this reality. He spoke medieval French (a detail that occasioned a good deal of academic hypothesis and disputation in the years that followed) but what he said was clear enough: “That’s it, I’m out, I’m through with this joint. In sufficient numbers, even gnat-bites will chase away the brontosaurus. You’ve had six thousand years of my rule. Get ready for a new manner of management, a Graham’s Number of angels, your new commissariat. Take it from me, there’s very little on which they all agree.” With that, He vanished. And so, as we look forward to the twenty-twenties, some folk are apprehensive, and some excited, and most are perfectly indifferent, caught up, as is the human way, in their own day-to-day concerns.