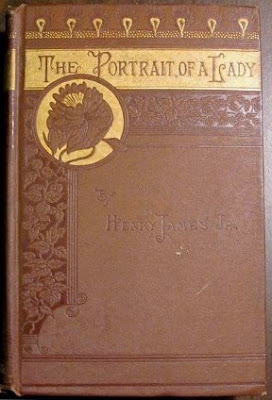 I’m a recent convert to this novel, I mjust confess. When I first read it, as an undergraduate, I hated it. It ends well, but starts glacially, awkwardly and uninvolvingly, and the whole is vitiated (I used to think) by one huge flaw, Archer herself. What I mean by that is that everybody in this novel, male or female, but especially all the men, fall immediately and deeply in love with Isabel. I simply don’t believe it. As a younger reader, less wary of essentialism, I put it to myself this way: James as a gay man just doesn’t get what it is about some women that makes heterosexual men fall desperately in love with them. He thinks it is a mix of prettiness, sharpness of wit, and brightness of demeanour. It’s not. Actually this may not be as essentialist a way of looking at the question as all that. Proust, by contrast, was a gay man who very evidently did understand what it is about some women that makes some men fall crazily, stupidly, headlessly in love with them. Isabel Archer is very nice, and possesses many charms, but she is no Odette. She’s not even an Albertine. She's rather annoying.

On the one hand, everybody has to fall in love with Isabel in order for the machinery of James’s plot to work: for Ralph to want to give her a fortune, for Warburton, Goodwood and Osmond to propose marriage. It is supposed to add piquancy to the tragic dilemma in which the book winds-up that such a thing could happen to an individual so delightful, with whom we (as readers) are so in love ourselves. But, on a first reading, I was much more annoyed than enamoured of Isabel Archer. It seemed a make or break feature of the book; more so than the equally annoying but thank-heavens marginal couple of Pansy and Rosier, as irritating a pair of Dresden china figures as ever lifelessly adorned a novel.

Rereading the novel, I liked it much better second time around. Having laboured a little establishing his artificial arrangement of individuals, James manages some smooth and rather wonderful effects later on. I still found Isabel entirely resistable, to the point of being actively irritating, but I was much more drawn-in to the central portions of the book. The way James writes Isabel falling in love with Osmond is, indeed, brilliant. Where another writer might portray Osmond as a charming man who only after marriage reveals his charm to be superficial, James shows the appeal of bachelor (widower, I should say) Osmond at the same time as showing him to be a selfish egotist more interested in possessions than people. It’s a tremendous sleight of hand, because we do believe that Isabel could fall in love with him, just as we do believe that she could later hate him. The latter half of the novel, with its exquisite handling of the woe that is in marriage—that in itself a remarkable thing in a High Victorian novel—is simply wonderful. We watch Osmond’s cruelty to Isabel with a fascination grounded in part by how elegantly it is prosecuted: no raised voices, no physical violence or loss of control. Maintaining self-control is the mainspring of the man, of course. And yet he continues cruel, and she continues to pretend to submit to him whilst constantly—of course we might wish to say heroically—resisting him, passive-aggressively. Here they are fighting chillily over whether Pansy (Osmond’s daughter, Isabel’s step-daughter) should marry Rosier, whom she loves, or Lord Warburton, whom she doesn’t but whom her father prefers on account of his wealth and title.

“I have sent little Rosier about his business.”
“You were afraid that I would plead for Mr Rosier? Haven’t you noticed that I have never spoken to you of him?”
“I have never given you the chance. We have so little conversation in these days. I know he was an old friend of yours.”
“Yes: he’s an old friend of mine.” Isabel cared little more for him than for the tapestry that she held in her hand; but it was true that he was an old friend, and with her husband she felt a desire not to extenuate such ties. He had a way of expressing contempt for them with fortified her loyalty to them, even when, as in the present case, they were themselves insignificant. [622-23]

I’ll come back to that tapestry in a moment. But there is something excellent in the way James makes clear that Isabel likes Rosier because her husband dislikes him. Which is to say --because this is the more important point -- that she is with Osmond because he thwarts her. That she loves him because of, not despite, the fact that she dislikes him.

“My daughter has only to sit still, to become Lady Warburton.”
“Should you like that?” Isabel asked, with a simplicity which was not so affected as it may appear. She was resolved to assume nothing, for Osmond had a way of unexpectedly turning her assumptions against her. [623]

There is a deal of misery for Isabel in this, of course; but it struck me re-reading the novel that this is also the reason she married Osmond in the first place. More importantly, this is why she returns to him at the end of the book: not out of a sort of deontic, Kantian über-duty, but because she wants to. She is in love with the miserable existence she has with Osmond – a state of psychological plausibility much more effectively rendered than the states of mind of any of the many men supposedly smitten with her. The essentialist way (again) of putting this would be to say that James understands, in a deep way, what it feels like to be in love with an impossible man; he understands how love can make you miserable without ceasing to be love. A less essentialist way of putting it would be to say that Isabel falls in love with Osmond because he is oblique; because he cannot be immediately fathomed and understood: “Osmond had a way of unexpectedly turning her assumptions against her.” The problem with her other suitors is that they are all too straightforward, too open, too foresquare. This, for her, won’t do. Like James himself (of course) Isabel is in love with implication and elegance; she prefers the beauty of inflections, even bitter ones, to straightforward statements. She prefers her conversations to be chess games. She loves depth. Who has depth in this novel? Not many people.

[Isabel] was not indifferent to [the Countess Gemini], however; she was rather a little afraid of her. She wondered at her; she thought her very extraordinary. The Countess seemed to her to have no soul; she was like a bright shell, with a polished surface, in which something would rattle when you shook it. This rattle was apparently the Countess’s spiritual principle. [653]

Not all the characters are as brittle as this, but all of them lack soul in this postmodern shifting-gleaming-surfaces way—except, perhaps, Osmond himself. Isabel trapped in a world of surfaces, either the superficiality of the Countess or the deadening wysiwyg honesty of Warburton, of course falls for the man who has depth, even if (or perhaps precisely because) much of that depth is filled with a bulging 3D egotism.

This is a roundabout way of coming at the distinctiveness of James as a writer. He is a writer famous perhaps above all for creating the illusion of depth, particularly, of course, the sense of hidden depths—of much more going on than first meets the eye. Profundites the reader can only infer because they are never spoken about directly. The important thing about this is not that it isn’t compelling (because it is), or not that it isn’t expertly done (because, again, it is) but that it is precisely an illusion. It is the use of perspective and shading that implies depth. Like a painting the world of the novel seems round but is actually flat: a glorious, rich, scintillating flatness, a tapestry or brocade. (It’s not exactly a criticism of James to say this, of course). As with any work of the visual arts the flatness is revealed when we tilt the canvas. From this perspective (Isabel’s paradoxical love for horrid Osmond) mirabile! it looks deep! But from this one (say the fact that all the men in the novel fall instantly and improbably in love with Isabel at first glance) aha! It’s a flat board with gorgeous designs upon it.
Posted by Adam Roberts at 00:48