Through the Sad Heart of Tooth, Amid the Alien Corn 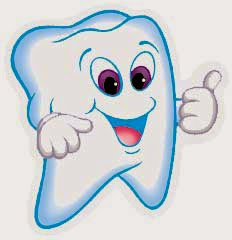 The story so far: one of my teeth began aching last Saturday afternoon. Come nightfall it was giving me real problems, enough to keep me awake. This was Easter weekend, so I couldn't just go to my regular dentist in the morning. I eventually got a little sleep. It eased a little on Easter Sunday; but came back Sunday night. Bank holiday Monday morning, my usual dentist still closed, I rang the NHS helpline, and they directed me to an Emergency Dentist in Slough. Nice lady x-rayed, found no decay, concluded my nerves were inflamed and prescribed Metronidazole. Monday evening, Tuesday morning, things started feeling better. The pain receded. I figured I had it beat. As recommended, I booked an appointment with my regular dentist, for Friday at 9am.

Then, Tuesday afternoon, a new pain started in the next door molar. Unlike my weekend pain (which came on, and then went away again on a roughly 45 minute cycle) this was a steady sensation, and it grew increasingly agonising as the evening went on. By 9pm it felt as if acid was pulsing under the skin of the right side of my face; dirks of pain sliding up and up through the tooth and into the sinus in time with my heartbeat. Painkillers didn't dim the pain in the least. It got worse and worse as the hours passed, inexorably. Sleep was impossible, so I sat downstairs in my pyjamas, wrapped in a blanket on the couch, feeling very sorry for myself. By now the pain was a constant, intense serration, throbbing to repeated little mini-peaks with the rhythm of my pulse. Proper horrible. By about half two in the morning I was starting, almost, to hallucinate (I felt, for instance, that I was brushing rice-grain-sized head lice out of my hair -- there were no actual lice, but it felt horribly real. The telly narratives -- films, documentaries -- I was watching to take my mind off things twisted and buckled weirdly.)

Come this (Wednesday) morning, I rang the dentist and they agreed to see me as an emergency (the earliest they could do this was 11:40am). The dentist examined me, said that he thought the nerves associated with that tooth were 'dying, rotting inside you'. Ugh! He anesthetised me (the bliss) drilled and opened the tooth. Both he and his nurse recoiled a little from the smell, at this point, although I couldn't smell anything. Then they cleaned the innards, washed it with antibiotics, and closed it up. I have a proper root canal booked in first thing next week.

When my jaw began recovering sensation, soon after leaving the surgery, I had an hour-long repeat of the previous night's pain -- the last of the nerve dying, maybe; or just my inflamed flesh complaining at the way the dentist had hacked it about. By 2:30pm or so the pain had gone. I was shattered, but couldn't sleep because I had to do the school run. After the kids were both home, I had a fifteen minute nap (before Dan came to wake me), and felt immeasurably better. Now (8:30pm that same evening) the pain has gone away.

It was an interesting experience; though at the same time I hope with every fibre of Hope in my fibrous body I never experience it again. I've known toothache before, more than once (stretches of my mouth looks like Jaws's from a Roger Moore Bond film); and I've also broken my arms -- left arm four time, right twice, all when I was a kid or a teen. And though I remember the nastiness of those sensations, I don't remember anything as relentlessly accumulative a misery as this was. I don't believe I've had such a severe and prolonged bout of sheer pain before in my life.

One thing about pain is the way it shrinks time. The past flakes away in irrelevant fragments of memory. The future is measured in anticipations of incremental increases in agony or marginal decreases of agony, on a timescale of seconds. Any longer term future becomes quite impossible to imagine. Physicists tell us that, at relativistic velocities, the faster you travel the slower time passes, relative to an external observer; and that for photons travelling at the speed of light no time passes at all. Pain is like that; the worse it gets the more it approaches the ghastly asymptote of perfect timelessness, the eternal now when all the context of lived history and human anticipation is crowded out.

I felt that Something Had Gone Terribly Wrong Somewhere that I, white affluent Western I, had to suffer like this. Surely in the 21st-century there we possess the technology to put a stop to such sensations?  But some experiences just bring you hard up against the brute reality of corporeal existence. I endured it; resentfully, not heroically. There was nothing else to do. [I did contemplate driving myself to Casualty; but I didn't see what they could do for me. I'd been prescribed dihydrocodeine by the emergency dentist, and had taken as much as I was allowed, so I wasn't sure there was any further pain relief they could offer without trespassing on overdose territory. And having lived with medical students during my undergraduate days, I had learnt one key thing: don't let the tired junior doctors staffing hospital emergency rooms in the small hours practice their dentistry upon you.]

The only thing that gave me even slight respite was iced water. I sat on the couch and sipped at pint glasses of the stuff, running the cold fluid around the raging area of the mouth. Eventually I stopped doing this, partly because though the ice reduced the pain briefly, it came back straight away slightly more intensely than before; but mostly because drinking all this water meant I had to get up repeatedly to go to the toilet, and getting up and stomping about made my face hurt more. But at one point in the endless small hours I was standing in the downstairs loo pissing, the right side of my face scorching and searing from a point just north of the tooth, and radiating hurt through skull bone and sinus, I had a kind of confused Bergmanesque Through A Glass Darkly moment. Everything I had ever done, it seemed to me then in a weird knot of hideous insight, amounted to nothing at all: everything I had written, everything I had read. The reality was the world seen through a shimmering veil of corporeal torment. The life in which things were cosy enough to enable me to read books and write them was a sort of illusion, a thin crust of tolerability layered over a planet of physical pain. Looking back now I don't think I agree with that (which is to say: I'm not sure that perspective is true, in any larger sense): but at the time it felt debilitatingly real. The hallucinations were weird, too. I used sometimes to 'see' things when I was younger, but though they often looked real I was always aware that they weren't, just images in my eyes. But I don't think before I've ever had the queasily tactile sort of imaginary experience, that I had that night.

That's the thing: a tiny thread of nerve tissue, thinner than silk and maybe half an inch long, utterly dominated and prostrated me last night. Whilst it sang its horrible discordant bodysong, I could do nothing: couldn't concentrate on anything but couldn't ignore either; certainly couldn't sleep but couldn't really stay awake either. Pain forces rituals upon you: sitting in a certain way, moving in a certain way, eating (not eating in my case; any movement of my jaw on the right side sheathed crampons of agony up and down my teeth -- teeth plural, alas; referred pain thistled the suffering at multiple points on the right side of my mouth). Ritual is the idiom of religion, of course; but pain is a sort of anti-religion. It directs your thoughts not away from you towards others, but on the contrary forces your thoughts back onto yourself in kind of blasting short-circuit. Pain is a mode of cursed prayer that directs its malignancy only back again through the one who prays.

But I'm getting extravagant. You can tell that this is written afterwards, when the pain has gone. I wouldn't have had the energy to write anything like this whilst I was hurting; but even if I had there would have been no extravagance or fancy-pantsness about what I expressed. It would have been pared, to the point, repetitive; like a haiku in which one ugly syllable is simply repeated over and over again.

On the plus side, it's over now. I'm pain free. I am tired (living with physical pain, though a passive experience, is considerably more exhausting than active experiences like sports or exercise), and I can't have a drink until the course of Metronidazole is completed. But, hey: I'm not in pain. Perhaps the four most wonderful words in the language.
Posted by Adam Roberts at 12:54