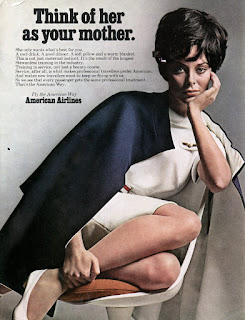 I'm reminded of the kind of lit-theoretical discussion I used to have back in the late 1980s, when I was earnest and young and when I engaged with lots of other earnest young people on the subject of literature and interpretation. One topic of earnest, young student debate was the limit to interpretation, or whether there even was one. If there were no grounds for asserting the unique truth of any given Feminist, or Marxist, or Freudian interpretation of Hamlet, say, could we validly deny any interpretations? If you were (or are) excited by the intellectual and imaginative freedom implicit in the answer, 'no, all interpretation is possible, nothing is off the table' then you're liable to want to defend the '—no exceptions' interpretation of this idea. One test case I remember talking about was the proposition: 'Paradise Lost is about Association Football', in its small way the 'Is Bob Dylan a Better Poet Than John Keats' literary-critical tatonnement of its day.

Let's consider that assertion for a moment. Is Paradise Lost about football? The nay camp might point to the fact that Milton's epic was written centuries before the rules of football were codified in 1863; that it makes no reference to spherical balls being kicked into goals, or the offside rule or anything else related to that game. Ah, say the yea side, nodding knowingly, but consider Book 6. Think of The War in Heaven. The first great battle between God, or his general Christ, and the army of angels, pitted against the army of devils lead by Satan. If you're concerned about the anachronism of using football as a lens for reading Milton's epic, then consider the way anachronism itself becomes the focus of this war, with the devils inventing gunpowder and cannons to bombard the angelic army. And consider too the way Milton represents these immortals attacking, being attacked, wounding and being wounded. Michael hacks Satan with a sword, and cuts him right down the middle: 'in half cut sheer; nor staid,/But with swift wheel reverse, deep entering, sheared/All his right side'). But Satan being immortal can't be killed, so: 'But the ethereal substance closed,/Not long divisible'. (Pope makes fun of this bit of the poem in Rape of the Lock). In other words, this battle is a mode of war in which the combatants can't be killed. That is to say, it is a sport. This in turn opens up all sorts of critical avenues: to talk about the way football figures, culturally and socially, as a defanged mortality-free version of war; to discuss what is at stake in a battle if life cannot be forfeited—Milton might say, a huge amount, more than mere physical mortality (compare the celebrated Bill Shankly quotation 'football is not a matter of life and death; it is much more important than that'). And off we go, yomping through the thickets of interpretive glory, the nay-sayings booing and saying 'that ignores the fact that Paradise Lost is not about football' behind us.

Well, alright. The parallels with Rule 34 are not exact, except to say that as a youngling I was persuaded by, or perhaps it would be closer to the truth to say, swept along by the yay-camp on this one, whereas now I tend towards the nay. Nowadays I don't think it has to be so stark an either/or. I certainly don't believe that there is one, unique and true reading of Paradise Lost. Indeed, I think Paradise Lost is 'about' lots of things: about God and humankind, about religious faith and myth, about history and origins, about 17th-century society and culture and revolution and restoration, about gender and especially about poetry. But it's not about everything. And as for sex (another one of the things Paradise Lost is 'about', I think): as a youngster I daresay I was more energised by the thought that sex not only is but ought to be a polymorphous funfair rather than any stuffy old orthodoxy of right behaviour, the two caveats aforementioned notwithstanding.

It's not that I've stopped believing that, now that I'm older. But I am, I think, struck by the difference of perspective a few decades brings to this universal human constant. Maybe it's that when you're young sex seems to be a boundless wonderland of endless variety, because it is all new to you. When you've been around longer it dawns on you: most of sex is pretty samey. There's only a limited number of things people like doing with other people in bed, garnish them howsoever we choose. This isn't a bad thing, and I certainly don't say so to denigrate sex (no indeed: I'm a big fan). But not only is it, I think, true; it may be a saving grace. Humankind, to quote T. 'Sexy' Eliot, cannot bear very much endless-pursuit-of-sexual-novelty-for-the-sake-of-novelty.

It's possible to applaud the wish-fulfilment behind Rule 34 whilst denying its veracity. Indeed, I find the meta-element here genuinely fascinating, the way in which desire is focused on desire itself, such that what I desire is a particular valence of desire. That is doubtless a perfectly normal human perversion (using the word in its best and most positive sense), although there's surely a danger that it will run to short-circuit and attendant burn-out.

There's nothing wrong with investing emotionally and erotically in the notion that sex is infinite in its varieties. I happen to think it's not. Whilst always and without variation always having sex the same way time and time again sounds pretty dreary to me, the actual gamut of variation, hemmed in as it is by the constraints of the physical and the lineaments of human desire, tends to run along one of a fairly limited number of *clears throat* grooves. And that fact does nothing to diminish sexual delight. Indeed, it rather enhances it. Since the ground of erotic desire is inevitably the weird space where subjectivity meets intersubjectivity, this isn't exactly the kind of statement that can be gainsaid. Nor can I gainsay the declaration of another person that they find delight in exploring continual and relentless novelty. But Rule 34 ('—no exceptions') is not an articulation of the subjectivity of sexual desire, it is a claim to universalism. What makes sex wonderful is its specificity: the specific person you're with; the specific things you do with them, the acuteness of intersubjectivity rather than the obtuseness of universalised commodities of desire.

I sometimes teach Foucault's History of Sexuality, or teach other, usually 19th-century, texts with reference to it. I remember how big an impact it had on me when I first read it as an undergraduate. Still, the 'We Other Victorians' opening section is often misunderstood, I think. Victorianist students can get their head around the idea that Foucault doesn't buy the 'repressive hypothesis', the notion that the Victorians were all repressed and neurotic and buttoned-down about sex, where we are living in a veritable garden of earthly delights where sex is open and free and happy. Foucault is pretty persuasive that the Victorians talked about sex a huge amount, although the discursive arenas are often differently weighted to the ones with which we are familiar; and of course it's true that we are hung-up about sex in plenty of ways. But the larger thesis of Foucault's history is often missed. He is saying that since the 17th-century the West has been dominated not only by a vast increase in the cultural volume of sexual discourses, but that that volume has in turn been in the service of a scientia sexualis, generally deployed for political and ideological purposes, that increasingly traces the cause of all aspects of human psychology and society to sexual factors. Foucault contrasts this with the culture of the 'ars erotica' which he thinks characterised Ancient and Eastern societies, where sex was an artful but proportionate element in human self-conception. This is really what makes us 'other Victorians': we share with them the tacit belief that, veil it or celebrate it, sex is everything, an overwhelming force, a totalising account, central to our various senses of what it means to be us. We 'are' straight, gay, bi, whatever; these things are no longer indices of preference in a series of acts we undertake from time to time, they define us existentially. Sex is no longer something we do; it is something we are, and as such the commodification of sex via porn is also therefore a colonisation of us. (Foucault has other interesting things to say about the shift from focussing the discourses of sex on married life to focussing it on the non-married, marginal, perverse and so on; but that's not directly relevant here). That's the button I think Rule 34 pushes for me: the totalising —no exceptions arrogance of it. It is, in this sense, a deeply Victorian episteme.
Posted by Adam Roberts at 00:01