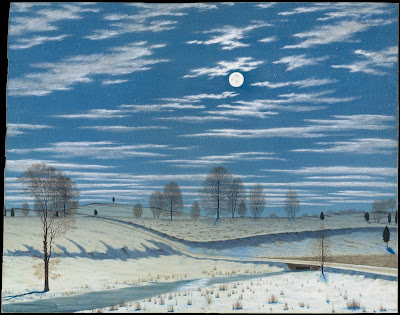 Rather brilliantly, the New York Metropolitan Museum of Art has released to the world images of 375,000 their artworks to use, share, and remix, without restriction. At the top of this post is one of them: a watercolor/gouache by British-born painter Henry Farrer called 'Winter Scene in Moonlight' (1869). I've just spent the last hour browsing the 19th-century collections, and I'm about to dive back in for more. It's addictive. Here's a 1848 Dante Rossetti pen-and-ink sketch of the end of Goethe's Faust: 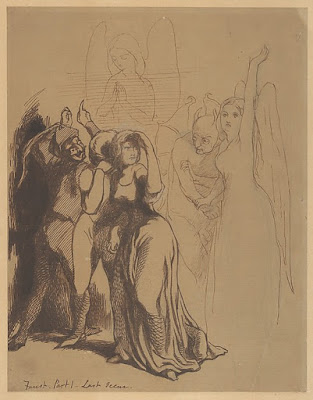 Here's a characteristically rich, rather over-solid Burne-Jones, 'The Love Song' (1868-77): 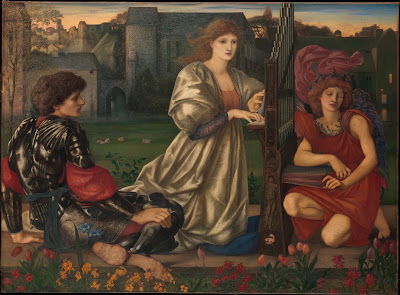 Here's another watercolour, this one by Charles Reginald Aston, called 'Tree Branches' (1908): 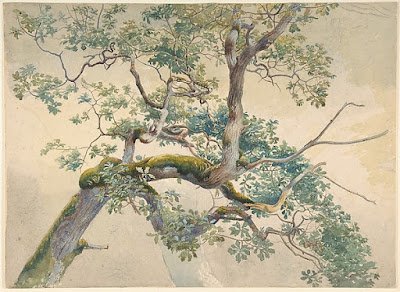 And here's an 1880s albumen silver print of 'Athena Nike', from the Athenian Acropolis, snapped by William James Stillman: 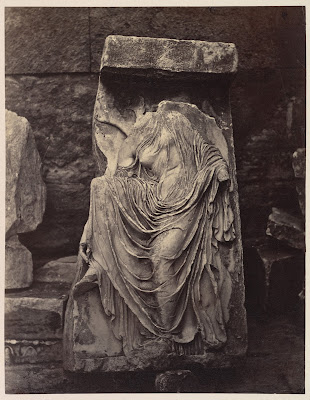 I hadn't seen any of these images before, and there are hundreds of thousands of more just a click away. Amazing, really.
Posted by Adam Roberts at 09:09