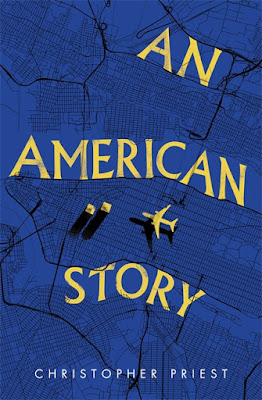 Some people think the universe is made out of matter. Other people believe it is made out of something else, let's call it ‘spirit’ or ‘God’ or ‘noumenon’. But there's a third, I think smaller, group of people who believe that cosmos is made neither of atoms nor spirit, but of stories.

They're wrong, of course. Stories have many wonderful qualities, and are, I would say, as essential to human health and flourishing as air, water, food and shelter. But they are not what the universe is made of, because they are not true. This untruthfulness comes in many varieties, some more extreme than others; but it is the point of the stories—a feature not a bug. The feature, in fact. It's not, of course, that stories are entirely untethered from reality. Some stories cleave very closely to the texture of lived experience, and more broadly (to quote a now disgraced poet) stories that say nothing to me about my life will tend not to have any purchase on my imagination. But all stories, to one extent or another, refract reality into more interesting and engaging forms. That's why we tell them.

To be clear: I'm not making the facile if true observation that the contents of stories are lies, of one kind or another (that there is no such person as Oliver Twist, say; or that neither Hogwart's School nor the subjects it teaches are real—you know: the obvious stuff). Nor am I presenting the equally facile observation that the morals or implications of stories are often mendacious (reality licenses us to disbelieve, to pick a few examples: that the course of true love never runs smooth; that guns are exciting and empowering or that the universe cares what choices we make) although as a matter of fact they generally are. In fact, the course of love more often runs smooth than otherwise, guns are destructive, disempowering and socially toxic, and the universe has no concern for us. But that's not my point. My point is that the form of ‘the story’ as such is ontologically deceitful. The underlying logic of stories is conflict (no conflict, no drama; no drama, nothing interesting to storify) and this, by and large, is not the underlying logic of the universe. If I had to pick one word to describe the underlying logic of the universe it would be: indifference. Stories, though, are allergic to indifference.

Stories need conflicts, grit around which to grow their pearly selves. Better stories balance conflicts; so for example the Antigone is a better story than Superman versus Lex Luthor, because in the former both sides have a point, where in the latter one is too obviously in the right and one too obviously in the wrong. Indeed, when great artists take a Superman versus Lex Luthor-type story they will generally Antigonize it, for example by, as Milton does with his Satan, making the antagonist as interesting as the protagonist, giving him/her as valid a p.o.v. But the universe is rarely so balanced. Indeed, the universe is rarely so interesting. The universe does not tell stories. Only we do that. News reports distort the world they purport to represent whatever they present it to us as ‘a story’, which in point of fact they do all the time, so as to hook our interest and so make more money for themselves. For what are, I daresay, deep-rooted evolutionary reasons, we are cued to respond strongly to perceived threats; stories press those buttons and evoke those responses. Not only because of its extreme and ideologically informed selectivity but because of its desire to storify the world the news does not truthfully represent reality. It's not all knife crime and murderous immigrants, foods that give us cancer and skateboarding ducks out there you know. Really, most of it is pretty boring.

That's fine, so long as we don't start to mistake stories for reality. So long as we don't come to take Fox News for literal verisimilitude. And while absolute fidelity to reality is unachievable, it is both possible and desirable to be more, rather than less, truthful in our apprehension of the world around us. That's not really the point I'm trying to make. I am, rather, trying to get at something that seems to me core to human life. Christopher Priest's great early novel A Dream of Wessex (1977) opens with the epigraph: ‘May you live through interesting times. Ancient Chinese Curse’. It's taken me a long time fully to appreciate the wisdom of that sentiment, authentic Chinese or apochryphal concoction though it be. Young people, brimful of piss and vinegar, may think they want to live through interesting times. Older people come to this realistion: we want to live our actual lives in a placid and predictable environment and to reserve the interesting times for our imagination. We want boring predictable lives that are enlivened by thrilling dangerous stories. That's why our stories grow more extreme and violent and dangerous as our lives become more settled and prosperous. A universe that was actually made out stories would be a hellscape.

Of course, the fact that human beings make stories can give stories utility—for humans. We may take inspiration from Frodo's perseverance or Mr Polly's courage, from Odysseus's wiliness or Hermione's cleverness when we face challenges of our own. We can console ourselves that our broken hearts can mend, that everything happens for a reason, because our stories tell us so. It's probably not true, but it may be useful. Still: how much story to mix-in to our everyday common-sense engagement with the barely-tractable matter of existence is a ticklish question. Too little and we will grow disaffected with the indifference of the universe; too much and we lose touch with reality.

Which brings me back to the previously mentioned Christopher Priest, and to his new novel, An American Story (Gollancz, 2018). I'll put my hand up: I have too little critical distance on Priest—sitting in my little suburban bedroom as a teenager reading the Pan paperback editions of his first few novels is one of the main reasons I ended up writing SF at all. But I'll admit I started this one with a degree of apprehension. It's about 9/11 and occupies the debatable land between rejecting the official narrative on the one hand and simultaneously repudiating all the welter of loony-fringe YouTube parannoyings on the other. I think, on balance An American Story (just about) pulls this off. Obviously there are people in the world who genuinely believe the Twin Towers were an inside job; Priest inhabits the idea to destabilize the meaning of ‘genuinely’ rather than to peddle the usual jet-fuel-can't-melt-steel bananas, and so the novel grows into a dramatisation of ontological uncertainties pursuant to unreliable (and in the case of one of the characters, alzheimer's afflicted) memory, the clumping effect of mass media on concepts of truth/lies, the pressures of conformity and the irreducible oddness of things as such. It's quite an uneasy book; designedly so, and to interesting if uneven effect. Or perhaps it's a new type of thriller: usually we're on the edge of our seats as to whether our hero/ine will escape the clutches of their enemies etc etc. In this book we read through on the edge of our seats as to whether our respected author is about to go full batshit conspiracy loon ... In other words: my initial takeaway from reading this novel is that the key word in its title is not American but Story. It's a story about the way stories inevitably distort, the way the tidal pull of story-as-such can draw us down the whirlpool to where the current picks our bones in whispers.

This, I think, is the aspect of conspiracy-thinking that people tend to overlook. When somebody buttonholes us with ‘9/11 was an inside job’ or ‘Paul died in 1966’ or ‘we never actually landed on the moon’ the temptation is to critique their lack of veracity. But a conspiracy theory doesn't exist to make the world more veracious; it exists to make it more interesting. Can you  think of a conspiracy theory that took something inherently interesting and attempted to explain it in terms of an elaborate, secret and more boring counterplot? Of course not. Any given person's favourite conspiracy theory tells you what they find more interesting about the universe. In this sense all the successful stories are conspiracy theories. Priest's novel is only incidentally an American Story. What it is more centrally—is a Story.
Posted by Adam Roberts at 13:19