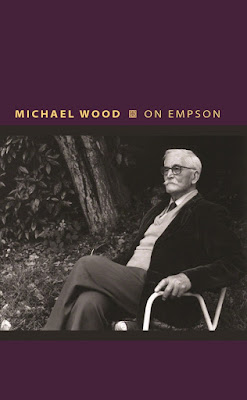 I’m reading Michael Wood’s On Empson (2017) and enjoying it very much. I am, it's worth saying, an Empson fan of longstanding (both Some Kinds of Pastoral and, in a rather different way, Milton’s God strike me as properly amazing, enduring works of criticism) and Wood’s take on Empson is full of insight and thoughtfulness. But here's one small thing that struck me as I read. In his account of Empson’s first book, Seven Types of Ambiguity, Wood says:


Among his cases of the sixth type of ambiguity Empson includes a famous speech of Othello’s and makes what must be among the most brilliant commentaries ever on the possibilities of the word “it”—hard even to see what the competition would look like.

It is the Cause, it is the Cause (my Soule)
Let me not name it to you, you chaste Starres,
It is the Cause. Yet Ile not shed her blood,
Nor scarre that whiter skin of hers, then Snow,
And smooth as Monumentall Alablaster:

Wood then quotes Empson, that, if he were ‘guessing at a one-word referent, he would say “it” was blood’.


But it is no use assuming … that one case can be assigned, and one thing it is the cause of. There is no primary meaning for lack of information, and secondary meaning, therefore, holds the focus of consciousness, that we are listening to a mind withdrawn upon itself, and baffled by its own agonies. As primary meaning of it, however, thus thrust back among the assumptions, one might list his blackness, as causing her defection; the universality of human lust (in both him and her), as causing her defection and his murder; her defection, as causing his horror and his death. [ST, 185-86]

But isn’t this to isolate the wrong word for its ambiguity? ‘It’ strikes me as like ‘this’, one of those radically ambiguous words that (as Hegel noted) always means both something particular, something specificied and individual, and at the same time, in its capacity for referring to literally anything at all, is the least specific and individualised of words. (That's a perfectly Empsonian observation, I think).

Surely the operative ambiguity in Othello’s speech is not ‘it’ but ‘Cause’, a word that can mean both the reason for or rationale of an event or action—that which produces or effects a result (which is how Empson takes the word) and a movement, a belief-set, even a party (such as one might say: ‘he dedicated his life to the cause of women’s rights, or racial equality, or whatever). Othello is certainly a play about cause-and-effect in the first sense, but in this speech here Othello himself, manifestly urging himself on to do something he doesn’t really want to do, is surely reinforcing his determination by identifying as part of a ‘cause’, a group of people with a common belief-set dedicated to achieving particular goals: policing chastity, reinforcing women’s roles, asserting the authority of the husband, somesuch patriarchal bullshit. Iago is able to bend Othello to his will not only by insinuating certain plaguing fantasies into the man’s imagination, but by stressing (something he does repeatedly) that they are in it together. Before he presses the detonator on his bomb-vest, the terrorist thinks not of the cause-and-event that brought him to this place, but of the cause in this latter sense, and especially of his comrades-in-terror. This speech is Othello quieting that inner voice, the one saying fool, what are you doing? He’s doing ‘it’, and it is murdering the woman he loves; and this action is part of the cause to which he has, now, dedicated himself, even though it will also result in his own destruction.
Posted by Adam Roberts at 23:54