Sir Bors and the Holy Grail 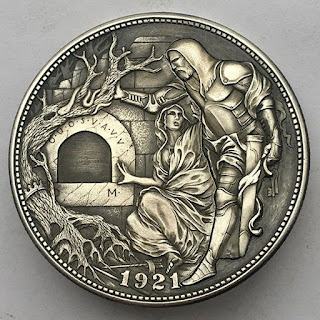 Sir Bors achieved the Holy Grail and so took it home with him.
And it was naught but a handled beaker made of hammered tin;
And he set it high on his sideboard shelf to jostle with clutter and mould,
And there the beaker hoarded its magic until his life was old.
For that's when he took it down again and wondered at its design,
And said “I've owned it all these years and forgot that it never was mine.”
And he polished it up, and held it, and he took it, and threw it outside,
And soon as he'd done so he laughed in release and laid himself down and he died.