Edmund Dulac and the Unerotic Banknote

Famous as an illustrator of children's stories, especially fairy tales, I was reminded of Edmund Dulac's work today when Francis Spufford blogged this lovely image: 'Princess in the Fields at Twilight' 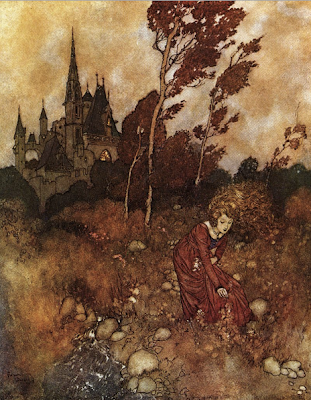 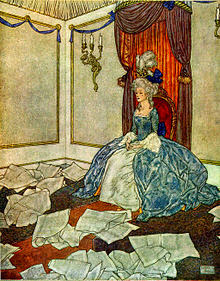 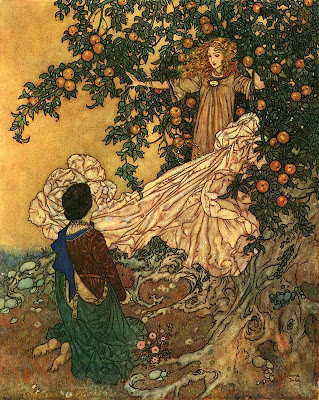 Then browsing idly online, I discovered this Wikipedia factoid about the French-born, English-naturalised Dulac: after WWI the market for expensively illustrated children's book contracted sharply and he moved onto magazine work and designing stamps. Then: 'in the early 1940s Edmund Dulac also prepared a project for a Polish 20-zlotych note for the Bank of Poland (Bank Polski). This banknote (printed in England in 1942 but dated 1939) was ordered by the Polish Government in Exile and was never issued.' Not only did he design images of a moneyed world, he designed actual money! This intrigued me enough to want to track these banknote designs down, so here they are:

Well well. If I had more time (which I don't) I'd say something more about the visual aesthetic of the banknote, of which this striking but rather dour and charmless design is exemplary. Why would it be so counter-intuitive to talk about the erotics of banknote art, given the well-established libidinal dynamic of money as such? It's odd. It's certainly a long way from this: 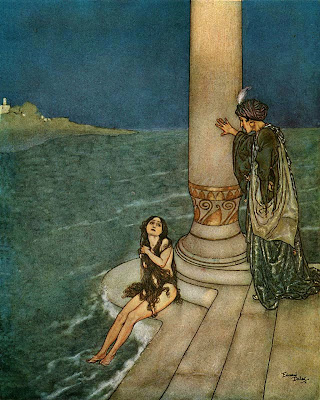