Andy Warhol and Donald Trump: a Fable for Today 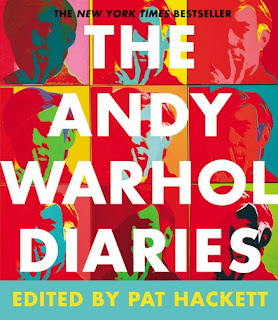 Andy Warhol comes across in his own diaries as almost heroically vapid: shallow and judgmental, watching an endless string of Dynasty episodes and noting down every dollar he spent on cab fares (for tax purposes? Why else?). But one particular thread from this vast volume has acquired fresh relevance in the light of the the ongoing US Presidential race. Warhol meets Trump, April 1982: 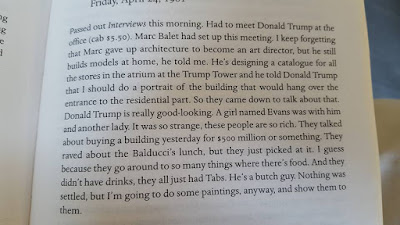 'Donald Trump is really good-looking'. 'These people are so rich.' 'He's a butch guy.' It's looking good! Warhol does the work which, he comes to believe, he has been commissioned to do for Trump. Naturally Trump stiffs him.This makes Warhol cross. 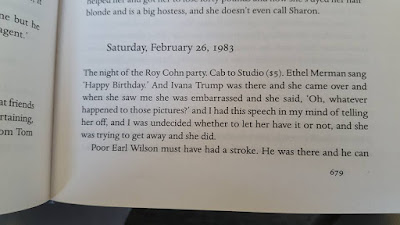 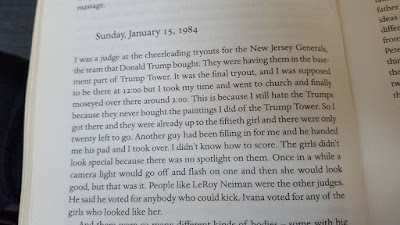 He agrees to take part in this Trump Tower jamboree, but deliberately turns up two hours late 'because I still hate the Trumps because they never bought the paintings I did of the Trump Tower'. Andy is sticking it to the Man! And it turns out there's another reason why Warhol hates Trump: 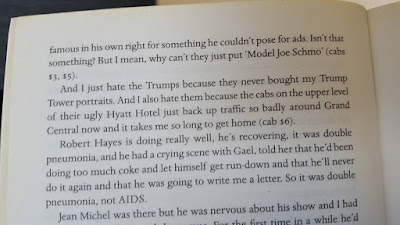 This is from 2 May 1984. 'And I just hate the Trumps because they never bought my Trump Tower portraits. And I also hate them because the cabs on the upper level of their ugly Hyatt Hotel just back up traffic so badly around Grand Central now and it takes me so long to get home.' And the final, brilliant touch of pathos: '(cab $6)'. We've come a long way from 'Donald Trump is really good-looking'.