Everything Will Be Erased

A nicely bracing assessment of the durability of, well, everything is provided by this post over at BLDGBLOG. It cites Ted Nield’s book Supercontinent: Ten Billion Years in the Life of Our Planet (2008), a work which “literally imagines what the surface of the Earth might look like after hundreds of millions of years” worth of tectonic transformations have deformed it.


Nield writes, for example, that, “even if some civilization of 200 million years ago had completely covered [the Earth] in cities and then wiped itself out in some gigantic global nuclear holocaust, nothing—not even the faintest trace of some unnatural radioisotope—would now remain on the surface.” Some of us might think that writing books, for example, is a way to achieve immortality—or winning an Oscar or becoming a national leader—yet covering the entire planet with roads and buildings is still not enough to guarantee a place in any sort of collective future memory. Everything will be erased.

One of the smaller vortices of the Total Perspective swirl. 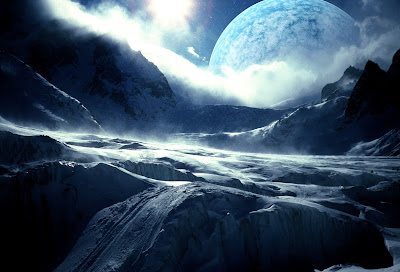