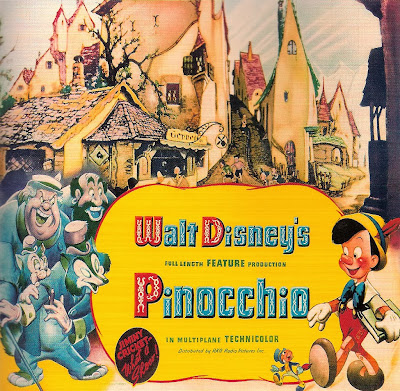 In Multiplane Technicolor, no less! Disney's second feature-length animation is an extraordinary masterpiece; immensely visually busy and vital and scintillant, all the more remarkable when you remember that the whole thing was hand-made by craftsman. Every frame has something visually wonderful in it, and there are many hundred thousand individual frames. It's like the monks at Lindisfarne produced not one but 100,000 gorgeously illustrated gospels. It is no wonder it cost the, in 1940s-money, heart-stopping sum of $2,289,247 to make; nor that it lost money quite heavily on its initial release. But equally it's not surprising that it made that money back handsomely on re-issue; for in the ingenuous Pinocchio, his nose and his externalised cricket-shaped conscience, Disney created a genuinely resonant cultural icon. 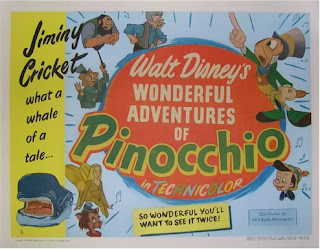 It is based on Carlo Collodi's once-famous (famous-no-longer, I suppose) book, The Adventures of Pinocchio (1882). But adaptation changed not only specifics but the tone of the whole piece. Disney declared that ‘the problem with Pinocchio is that people know the story, but don’t like the character’: in the book he is often cruel and capricious. A strategy for addressing this was to externalise Pinocchio’s conscience as Jiminy Cricket (check the Jesus-esque initials), and to insert the ‘blue angel’ in various scenes. In the novel the cricket is an actual cricket stamped to death on the hearth by the heartless Pinocchio, whose ghost comes back to advise the lad on morality. This was in the original script of the movie, but soon dropped as too savage, although aspects of it remain in the finished picture (the cricket is seemingly undrownable, for instance).

And there's one thing in particular this film shares not only with the first five Disney features, but with a great swathe of children's literature. That is the core conceit that the best way to represent children in your story such that children reading, or watching, will most fully identify with them is not to represent them, quite, as children at all. To style them as dwarf adult, or as animals like Mickey Mouse, Dumbo or Bambi. It's not immediately obvious why this should be, unless it is that on some level of subconscious self-representation children don't 'think' of themselves as children: but rather as dogs, or monkeys, as tigers or dinosaurs, as superheroes or robots, as gruffalos or princesses or what have you. Pinocchio is closest to being a boy of all these, but on the other hand the whole point of this story is that he is not a real boy.

This I suppose has something to do with the development of a psychologically robust self-image, objectifying one's subjectivity via actual objects. It has the additional advantage of consoling the tremulous child-mind with fantasies of invulnerability. Tender human bodies are hurt only too easily, we know from an early age; but toys are joyfully robust and deathless. Look how happy this little chappie is, despite what Saw-like horrors are being inflicted on his torso! 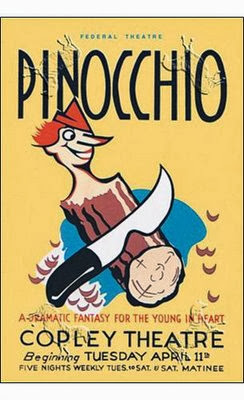 The name Pinocchio is Tuscan dialect for pine nut or pine kernel, which gestures both at the hurtless wood out of which he is made, but also at the chance that he might be planted and might germinate into something new. And Pinocchio the movie is a fable of growth, teleologically conceived as always already directed towadrs the anthropomorphism of true humanity. But this growth is not inevitable; as in Kingsley's Water Babies, the danger of bestial devolution balances out the possibility of positive evolution, a fact recorded in this rather wonderful Soviet Russian poster for the movie (from that period when the US and the USSR were allies, fighting a common fascist enemy): 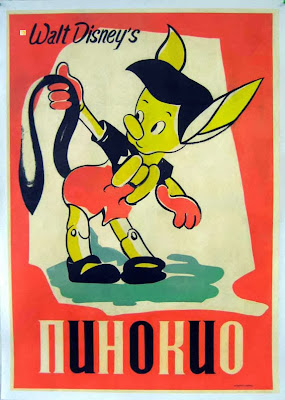 In Collodi's original book it is Pinocchio himself who turns boys into donkeys, out of the sheer malice of his mischievous nature. In the film, of course, boys brings this devolutionary abasement on themselves by their wickedness. Becoming 'a real boy' runs, for our title character, the risk of decay as well as of growth. And talking of which: 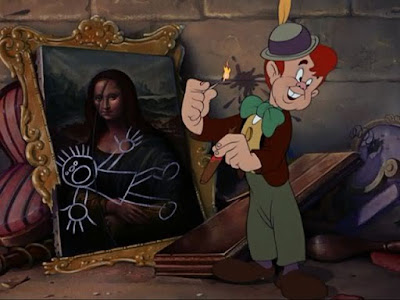 I love this image. I love the way it shows the donkey wickedness of the boys on ‘Pleasure Island’ (they have defaced the Mona Lisa with graffiti!) whilst, at the same time, using the content of that graffito—a baby in the madonna's arms—to capture what it is these boys truly miss, and really want: maternal comfort. There's something quite profound in this throwaway moment, and Pinocchio is full of this kind of thing.

Production had begun in 1937; by the release date of 1940 Italy (the provenance and, patently, the setting of the tale) was a Fascist enemy. It's striking how little this inflects the working-out of the text, actually. And this potent nostalgia for a European past, oddly insistent in the work of a profoundly American studio, is itself a fascinating thing; I'll come back to it and say more when I blog about Dumbo, the fifth feature but first American movie of this American studio.

Instead I want to note something, briefly, about the Disney style. I don't mean the specific style of this movie, lovely though that is; I mean that je-ne-sais-quoi quality to which people refer when they say 'Disney'. It has something to do with an unashamed cuteness, a visual sentimentality and a smooth-lined, bright-coloured approachability. But it is also a very carefully crafted mode of simplification that works so effortlessly with the grain of animation itself that it approaches a kind of idea harmony with it. Any image must be simplified, codified and boiled-down to a modular version of itself in order to be animated, since pre-computers it must be endlessly and easily reproducible by hand-drawing. This interests me very much, because (I suppose) it occurs to me that if 'the novel' does this with life, the 'children's novel' or 'YA novel' must do it a fortiori. The development of Pinocchio as a main character was largely a process of smoothing away the rougher edges until a final form was arrived at that pleased Walt. What he objected to about the early sketches was that they looked too much like a puppet. 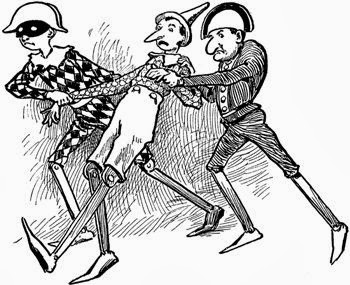 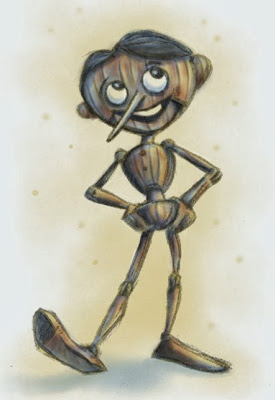 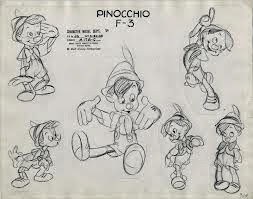 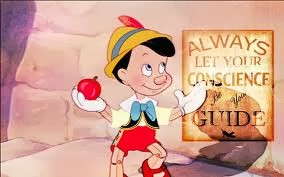 And actually the best example of what I'm talking about is not Pinocchio, but Walt's own signature. You can see it evolving, moving towards a final form that combines a visually charming 'handwritten' individuality with the maximum power of machine-made reproducibility. 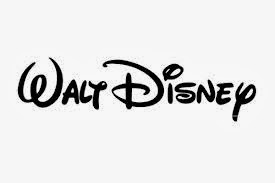 This is one of the most perfectly achieved simulacra of the twentieth-century. It bears only a distant, genetic relationship to any actual handwritten signature, yet it more than supersedes the handmade, precedes the original. It ‘is’ Disney, his very hand guiding his very pen upon the page in his personal, individuated communication to each one of us. A personal, individual message that happens to have been sent simultaneously to another four billion people. The broader cultural codes of visual simplicity as against visual complexity may wax and wane around this fact (computing has made it much easier to do the latter, and so for a while that's what we got; but the advantages of a modular simplification, visually speaking, tend to win out in the longer run) this signature remains the same.

In some important way, we don't really want Pinocchio to become a real boy. He's more fun, and certainly more iconic, as a magical object. The notional trajectory of this film is from reified thing to humanised person; but the larger logic not only of the film but of the ‘Disney process’ itself is, as the evolution of his signature shows, exactly the other way about. It is simple in the sense that childhood is simple: never simplistic, never crude or half-formed (for childhood has access to intensities and complexities to which adult life is deadened and excluded) but rather a form of complexity cached in the simple.
Posted by Adam Roberts at 02:25