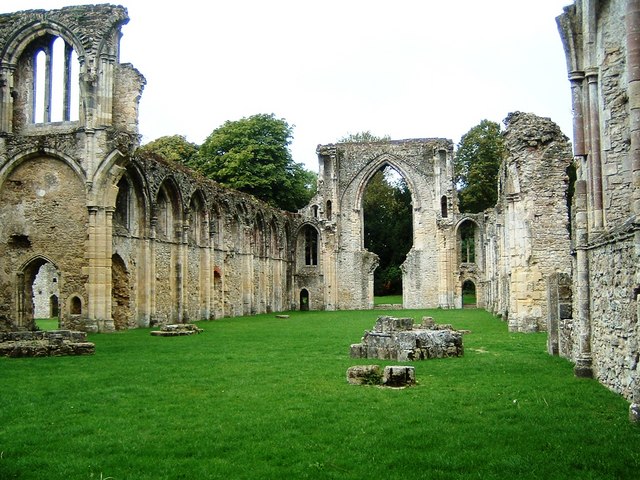 'Netley Abbey is a ruined late medieval monastery in the village of Netley near Southampton in Hampshire, England. The abbey was founded in 1239 as a house for Roman Catholic monks of the austere Cistercian order ... In 1536, Netley Abbey was closed by Henry VIII of England during the Dissolution of the Monasteries and the building was converted into a mansion by William Paulet, a wealthy Tudor politician. The abbey was used as a country house until the beginning of the eighteenth century, after which it was abandoned and partially demolished for building materials. Subsequently the ruins became a tourist attraction, and provided inspiration to poets and artists of the Romantic movement.' For example, here's Bowles:


Fall'n pile! I ask not what has been thy fate,—
But when the weak winds, wafted from the main,
Through each lone arch, like spirits that complain,
Come mourning to my ear, I meditate
On this world's passing pageant, and on those
Who once, like thee, majestic and sublime
Have stood; till bow’d beneath the hand of time
Or hard mishap, at their sad evening’s close,
Their bold and beauteous port has sunk forlorn:
Yet wearing still a charm, that age and cares
Could ne’er subdue, decking the silver hairs
Of sorrow—as with short-liv’d gleam the morn
Illumines, whilst it weeps, the rested tower
That lifts its forehead grey, and smiles beneath the shower.

I ought to have tagged every time Bowles uses the word 'beauteous'. He sure loves that word.
Posted by Adam Roberts at 03:09