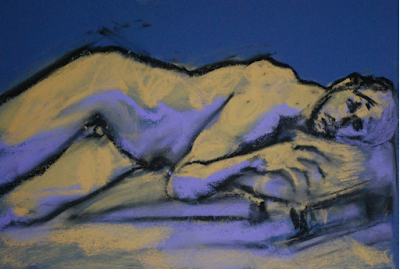 I've always particularly loved this poem, the last of Vergil's ten Eclogues. It concerns Vergil's friend and old schoolfellow Cornelius Gallus (c. 70 – 26 BC), himself also a poet, but more importantly for Vergil's connectivity to the corridors of power, an important politician. The conceit of the poem is that Gallus has been deserted by his lover Lycoris, has given up on life and is dying, to the great sorrow of the natural world. Three gods come along to try to talk him out of his death, but to no avail. It's based, as several Vergilian Eclogues are, on Theocritus (in this case his first Idyll); but more to the point it paid itself forward, influence-wise, into many great poems, not least Shelley's mighty elegy 'Adonais'. That latter poem seems to me the most impressive validation of Vergil's original that English poetry has produced. Which is more than we can say about the text below. Ah well. What you gonna do?

The image at the top of the post is from a still life by Jean Spitzer, and is reproduced by kind permission.

This is the end.
Last task: frost dry as sandpaper
covering all external surfaces.
The wind biting at itself
smouldering
Muse Arethusa's breath, passing into my lungs
fizzling out again over my tongue.

Ghost grows solid for Gallus, humming its voltage
for Gallus:
impossible to refuse.

The river oms its trance
flows smokily down the trench of the world
to lose itself in the salt sea
where Arethusa and Doris languidly copulate
in the drowned medium.

Goats, snub-nosed, pistol-headed,
bury their faces in the hay
blow luminous tatters aside, chewing,
and all I do is sing
at the woodland's receptive curve,
one Jodrell Bank ear of green.

That huge hill called Maenalus with its
pelt of pines
became fragile as an eggshell with grief
for Gallus.
The sheep were shameless in sorrow,
their narrow skulls full of sap
curdcoloured fleeces gravid with rain
staring
an ice-age.
Handsome as Adonis was
he still fed his sheep beside the streams.

Apollo came
dressed as a jazz trumpeter.
"Gallus," he wheezed, "you lost your fucking mind?
Your girl Lycoris, she gone, solid gone.
She gone over the range, man,
where the snow never melts, and the winds
are a vise crushing your head,
where your hands and feet get so cold
feel like Gestapo ripped out your fingernails and your toenails
forced you to wade boiling water.
She's a rather be there than here lady, my friend."

Silvanus came, leaves caught in his hair,
red and marmite-colour and whisky-yellow.

Pan came, Arcady's local god
his skin smeared with vermillion juice
crimson with squeezed elderberries
coloured like the devil from a mystery play,
and he said: "get over yourself, man.
Get the fuck over it."

Gallus sideeyed them all. "The fuck.
Tell it to the mountains.
Boo, and may I take this opportunity to add, hoo.
My bones would soften
picked clean of flesh and soaked in vinegar nine weeks.
I could have shepherded your flocks,
I could have crushed the purple from the
soggy baubles of your grapes
Phyllis; or Amyntas, with her skin
the colour of violets, cyan-black,
hyacinths,
my darling would be stretched alongside me;
vines would festoon our bedroom ceiling,
Phyllis yanking garlands from the tangle;
Amyntas singing.
But that wasn't to be.
You fall in love with who you fall in love with.

The trickling spring is cold
like void.
The meadows are soft as decay.
I would lie there with my lover until time
blissed me to dust.

But now to be a solider
comes on me like a persistent delusional psychosis:
in my body-armour
rifle lengthy as a spear
The god of war himself my recruiting sergeant:
flown overseas,
this shithole or that one, in the Middle-to-Far East,
where some bastard had left the furnace door open
and the furnace was the entire sky
and the least virile of breezes
stroked webs rolling down-dune
along the very toppermost surface of the sand.
And all this time she was in Germany,
fucking Germany,
Austria maybe,
Rhine water cold as the moon.
All that ice white ice-cream applied with a palette-knife
to the tops of those Alps.
I could not fucking believe this.
Could not fucking even believe it.
I could have said, darling don't let
the frost nip your toes,
and I would almost not be being sarcastic.
Almost.

Go on. Let me have a tootle on that Sicilian flute
then
it's not as if I've never seen fucking woodland before
now
is it.
I've grafittized my name, tree-trunks for concrete walls;
growing, growing, gone.
I'll link arm in arm with the nymphs and
goat-trip down that yellow brick road together
to emerald Maenalus,
or I'll hunt wild pigs in the wilderness.
No amount of icecrust on the soil will stop me.
I'm there already.
In my imagination, I mean.
I'm there.

Like that could solve my mental health issues.
Like the gods give a flying fuck for humanity.
Hamadryads don't put lead in my pencil.
Goodbye; its goodbye from me, it's a long goodbye from him.

Drink as much Hebrus as you like. Stand there
in the drizzle
shoeless;
watch the dishclout-coloured snow
get progressively acned by the winter rain. Then
say yah, yah to your sheep, and thwack
their woolly withers with a switch

under the stars
as the constellation of the Crab looks away
to a more interesting portion of the sky.

Dying bark shrinks, cracks
on elms as tall as a window-cleaner's ladder;
and we cede the whole of the territory
that comprises us and is us
to Love
the Conqueror."

That's what the poet said.
He sat there, right where you're standing now,
and all the time
he braided flexible stems of hibiscus into
baskets. He was poeticizing about Gallus,
Gallus,
the much-loved

alder shoots in the sharpness of spring.
Time to go. The shade is poisonous to poets,
allergic to shadow.
Dusk falls through itself,
and the goats
jiggle and scramble and bleat their kazoo bleats
going home.
Posted by Adam Roberts at 11:14