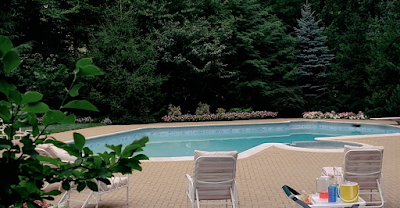 The fourth eclogue has a good claim to being the single most famous short poem ever written, certainly the most famous artifact of non-epic Classical Latin literature. That's because its hazily-framed promise that a saviour baby was about to be born (almost certainly designed to be non-specific enough that various political big beasts of the day, maybe Pollio, maybe Octavian, might be flattered into thinking their sprog was the foretold saviour) connected powerfully with later medieval and Renaissance Christian readers. They decided that this poem—despite having been written four decades before the birth of Christ—was nonetheless magically about the birth of Christ. This sense of Vergil as a virtuous pagan who somehow poetically intuited Christ's salvation has had an incalculable impact upon the way his verse has been read and understood. For a long time he was seen as white wizard and prophet as much as a poet; the Sortes Vergilanae are only one manifestation of this mode of popularity. The original Latin for this famous text, beginning

... can be found here, alongside Greenough's rather stiff 1890 English translation. And here's a link to A S Kline's much more fluent version from 2001. Indeed, there's no shortage of versions of this desperately celebrated poem. I feel a bit sheepish, actually, about adding to them. Ah well. You'll get the gist quick enough. The real question is whether you think it works, or not.


Mafia Muses of Sicily, time to raise the tone.
We don't all cream our pants
at orchards or stunted salt cedar bushes. Capisce?
If we got to talk about woods,
let em be woods worthy of a capo di tutti capi.

It's the last gasp of that witch from Cumae
round it comes again, as
everything always swings round again:
ten decades per century, stacked like crates
piled up to millennia, over, again.
Some sweet teenage girl, never been kissed, steps in
and she's equal measure scared and proud.
And here's the old guy, Saturn Barbabianca: he's in charge now.
He's back, yeah. You'd better fucken believe it.
Whole new crew, youngbloods, straight off the boat
the ferry down from high heaven
strutting.
All for this newborn bambino, this kid, come
to break through the iron logic of the world
remake it, through the eye, through the mouth.
Golden, he is: golden; and all his crew are
dorato too. Lucina does the honors.
Apollo is now Boss.
You'd better do what he says.

Credit where it's due:
you deserve this praise, Pollio.
You're the Don, you oversaw this regime change
shining months driving fast on.
You bring not-guilty and no-charge-to-answer
to all of us, every one:
thanks to you mio amico it's no more looking over our shoulders,
nothing more to fear from the wide world.
You're capo when this kid comes in,
and that means none of us get whacked
none of us ever again.
We're all made, and for ever.

Every day now pay-day. All doors and windows
open. Safes cracked wide like
church doors at a wedding.
Gardens, sure: cute, if you like that kind of thing.
Ivy in green ribbons draped all over
foxgloves and acanthus
and that plant they call elephant ears.
Nice.
Thirsty? Hey: all you can drink!
on the house buddy!
Hungry? Fill your boots!
And as for our rivals, the Leones?
We don't got to worry about them no more.
And that just leaves the rat, that fucker,
that serpente
oh, we'll spring clean that snake,
you can forget about him;
place of his poisonous reek
we'll have all the perfumes of fucken Araby, trust me,
trust me.

We gotta respect who came before, fathers
and their fathers,
and theirs, sure:
they had balls. No question.
Walked the fields, drank good vino,
made good trades. No question.
Shipped stuff in, sold it at good profit,
paid their tributes.
I'm not saying all that has been flushed away, all gone;
some assholes will remain to remind us
of how our fathers went to war, or moved
containers over the gray shapes of the sea.
It all comes round again,
Achilles gotta go to war with Troy again,
over and over.

Until, that is—until our kid exits puberty,
and becomes uomo,
and he'll have balls of steel.
Then all our hard work will be over
fucken over.
Easy times ahead, then:
think of it like Dorothy, when everything blooms
from black-and-white into arcobaleno technicolour;
sheep in the fields no longer fucken white
but rainbow psychedelic coloured wool,
shifting from purple to yellow like rosso d'uovo
to blood-red.
Woh.
Madre di Dio this is some strong shit.
Deep breath out.

Look:
Destiny don't back down, no matter how
you square up to her. It's happening, she says:
it slides on like something
really smoothly lubricated.
And all her crew call out in one voice
Fucken A, they sing.
Fucken A.

Time to get what's coming. The deadline is almost here.
This thing of ours.
You ever look at the world, like,
really look at it?
It's a great dome, some real
supernatural architecture, roof so smooth
and high
you can't even touch it in a jet, not even
those invisible ones the Air Force fly
made of black ceramic
or some shit like that, going faster than music
faster than light can catch up with
not even then. And the air is thin up there,
so, and, that's why I keep coughing, capisce?
Cold like frost lining the inside of the lungs.

And from so high, looking down
the sea is texture like an untuned TV channel
bright and gray and white and impossibly far deep.
This bambino, though:
he'll step over this whole vault, like
stepping over the corpse of a rival,
bleeding on the sidewalk, and you got somewhere you need to be.
This whole dome and everything inside it
will kiss his ass
and sing his fucken praises. Believe me.

We gotta go, pay our respects to his mother.
Birthing a baby, that's hard work: shitting
a bowling ball, they say.
You gotta get me some more of this shit.
This shit is the proper shit, no question,
forget about it. Little bambino
smiles around him. Think of the deals he'll do
the girls he'll bang. Let's go.
Posted by Adam Roberts at 04:05